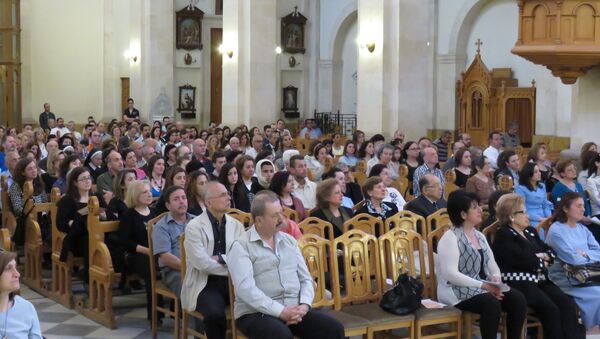 After years of war and persecution, finally this year Christians in Aleppo could celebrate Christmas happily and noisily.

The houses and streets of Aleppo were decorated with garlands and the city squares had Christmas trees everywhere. There was music and laughter and Christians rejoiced at the possibility to celebrate Christmas in their hometowns.

Although two-thirds of the Christian population out of the 150,000 that resided in the city had to flee during the war, many refugees are expected to return home after the situation completely stabilizes.

​Prior to the war, Aleppo was the second-largest Christian city in the Arab world after Beirut, Lebanon. 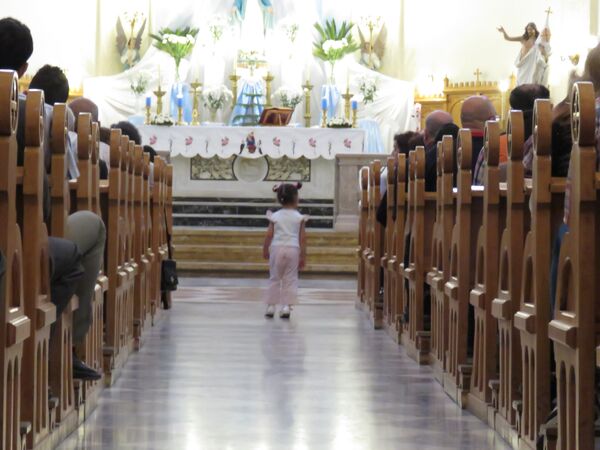 Today most of the churches in the city are completely destroyed, as terrorists used them as firing positions. Many items from the churches were stolen by Daesh and al-Nusra terrorists.

​Not long ago Aleppo was one of the most dangerous cities for Christians; but now, despite the destruction and rubble, the city is free and festively decorated by its citizens once again.

​A source in Aleppo provinces’ administration told Sputnik Arabic that "it will take a long time to restore and repair the destroyed churches and mosques. The administration cooperates with priests to calculate the damage and develop plans for reconstruction.”

The source added that the documents have already been transferred to the relevant authorities, so that construction permits can be issued.

“It is expected that the money for this will be provided in the government budget next year,” the source added.