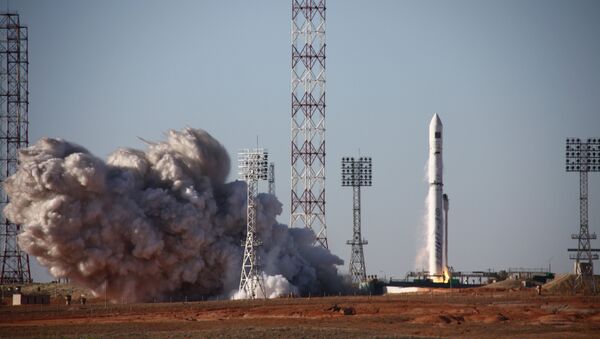 After being postponed several times, Angola's first satellite AngoSat-1 has been launched from the Baikonur spaceport.

MOSCOW (Sputnik) — A Zenit carrier rocket with Angola's first satellite AngoSat-1 was launched from the Baikonur spaceport in Kazakhstan at 19.00 GMT, a representative of Russia's Roscosmos State Corporation told Sputnik on Tuesday.

Russia, Kazakhstan Offered Baikonur Space Center Cooperation to UAE - Roscosmos
The launch of Angola's first space vehicle has been postponed several times. Initially, it was planned that the satellite would be sent to the orbit this summer, then the launch date was set for September. It was subsequently rescheduled for October, November and then December.

The rocket placed the satellite into the panned orbit, the satellite was separated from the transfer orbit stage, according to the representative of Roscosmos.