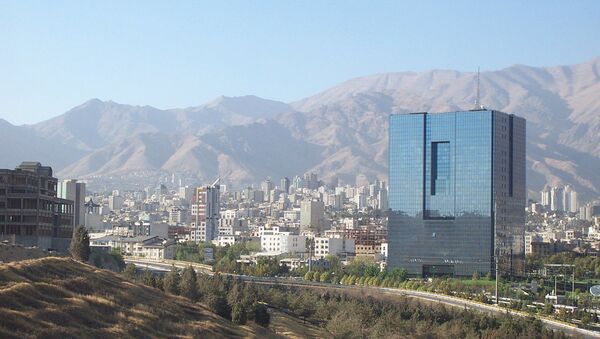 MOSCOW (Sputnik) - Tehran and Moscow are conducting tests to link their bank card systems and are in negotiations over a formal accord between the central banks in order to overcome legal issues, Director of the Payment System department of the Central Bank of Iran Davood Mohammad Beigi said Monday.

"At present, Iran has the closest ties with Russia in the field of international credit cards and good measures have been taken in technical terms … in recent months, tests have been carried out less regularly due to some legal problems. In order for any relations to be established, the two countries and their respective central banks need to reach agreements," Beigi said, as quoted by the Mehr news agency.

The countries are expected to cooperate on magnetic cards, the official added.

"They will be normal debit cards which can be used by the customer abroad. With respect to the rate agreed upon between the customer and the bank, the bank pays the amount in a foreign currency and will withdraw the equal amount in Rial from the person’s bank account," Beigi explained, while answering the question on whether the cooperation involves the currency cards or the standard ones.

In September, Tehran allowed Iranian financial institutions to issue credit cards for the first time in its history.