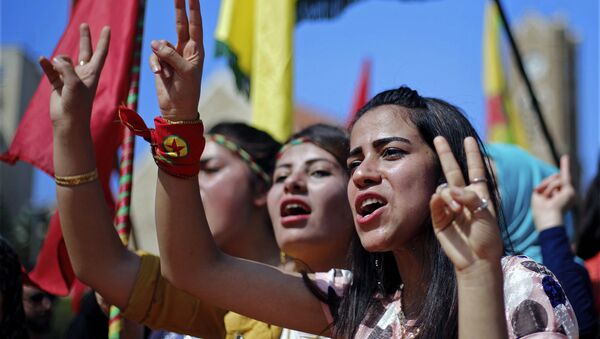 In a nation whose current government is leaning toward religious autocracy, a declining birth rate is seen as an existential threat.

Turkish President Recep Tayyip Erdogan, noting the country's aging demographics and plummeting birth rate, has been urging women to give birth to up to three children, claiming that Europe's second-most-populated nation requires "bigger numbers," according to The Guardian.

Although personally bolstered by the arrival of his sixth grandchild, Erdogan's campaign to counter a dropping birth rate in Turkey is seen by many as something of an out-of-date, patriarchal policy, as the nation's fertility rate is now at its lowest level since World War I.

With a population of some 80 million, Turkey has, at 31.5, one of the lowest median ages in Europe, although that figure is a sharp rise over 2009, according to the government-run Turkish Statistical Institute.

The Ankara-based agency has revealed that, for the first time, fertility numbers have dropped to a rate of simple replacement in 2016.

The decline is represented by a steeper drop in urban areas set against an accelerating birth rate among refugees and in rural regions. The numbers point to a major shift in the country's demographics.

"People in the upper social groups in Turkey have one or two children, they don't have three or four," remarked an unnamed doctor, who added, "people with larger families are in lower socio-economic groups," cited by The Guardian.

The nation's statistics agency pointed to data showing that population growth in fundamentally religious rural areas is rapidly rising above that in the predominantly secular cities.

In particular, the southeastern province of Urfa, boasting a high Kurdish population and over 500,000 Syrian refugees, records a birth rate nearly three times that of densely-packed urban centers like Istanbul.

A country that is experiencing myriad social conflicts, including an increasingly embattled government and a high refugee population, Turkey currently hosts at least 3 million Syrians, a number that is projected to rise.

"From now on every year 100,000 babies will be born and this will generate 1 million more refugees in 10 years," observed Hacettepe University's Migration and Politics Research Center director Dr. Murat Erdogan of the country's new arrivals fleeing warfare and other conflicts in neighboring states.

Dr. Erdogan (no relation to the country's leader) suggested that highly-religious Syrian refugee families settling in Turkey would strengthen the influence of Islam in the century-old secular republic.

"This has aspects Turkey has to consider aside from the humanitarian side," he said, cited by The Guardian.