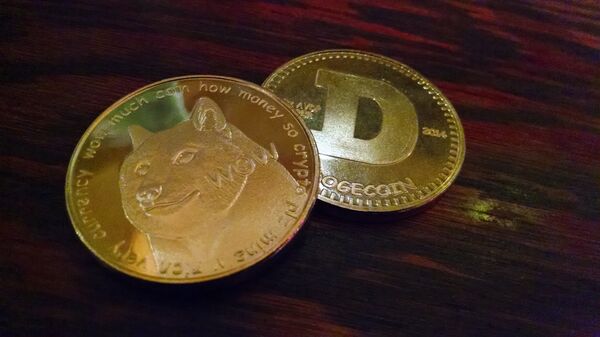 While Bitcoin continues to slide after a brief recovery, dogecoin seems to be gaining grounds at the cryptocurrency market.

Dogecoin, an open-source digital currency, featuring a dog resembling Shiba Inu from the famous “Doge” internet meme as its logo, has officially passed the $1 billion market cap barrier, trading at $0.00960 per coin.

Initially introduced as a “joke coin” by programmer Billy Markus, it has become, as many say, one of the best cryptocurrencies on the market with its low fees, fast transactions and stable inflation rate. A huge army of dogecoin fans believe that it is a perfect coin for beginners willing to learn how the digital currency market works.

While some people think that dogecoin is worth almost nothing, one should bear in mind that bitcoins also used to be worth nothing back in 2009, but today those who had invested in the cryptocurrency earlier, have reaped what they sowed; many of them are buying luxurious cars and apartments in the wealthiest neighborhoods. Of course, no one can be sure that dogecoin, based on a ridiculous internet meme, will become the next Bitcoin, but it’s fun and it’s still accessible, which can’t help but draw people’s attention.