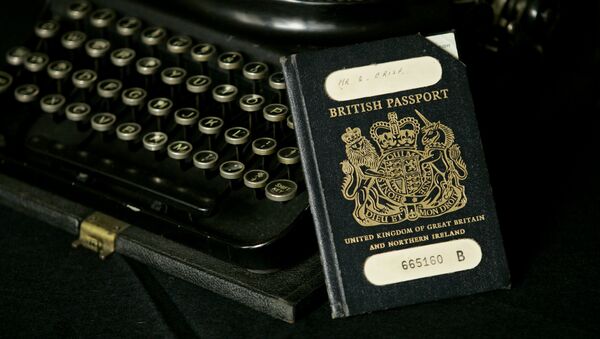 While the announcement of the new blue British passport has stirred division in the United Kingdom, the controversy was made considerably worse by a claim made by James Caan on Twitter that the new passport would cost £500 million. The tweet, which has since been deleted, was shared nearly 30,000 times. Director of communications for the UK Prime Minister Robbie Gibb lashed out at the tweet, saying that it harms British democracy. 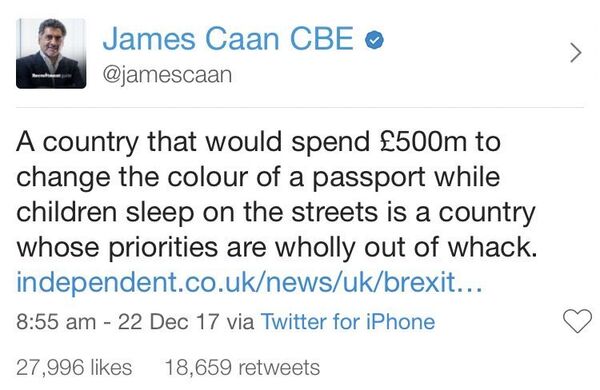 Fake news harms our democracy. Those who would deliberately misrepresent public policy for political gain — be it passports or animal sentience — should be called out.

Freudian Slip? UK PM Smirks as Translator Calls Her 'Madam Brexit' (VIDEO)
While there is a £490 million figure associated with the procurement of the passport, what was not mentioned was that it has nothing to do with the color change. The cost is instead part of a routine passport redesign which happens every five years, with the contract itself running for 11.5 years, writes the BBC. The contract includes the actual printing and assembling of the passports, too.

Caan came out the day after, admitting on twitter that his claim was "fake news", but said that he still thought that as a society, Britain should prioritize tackling child poverty and homelessness.

Good news. Having researched the cost of providing new passports it appears the £500m for the colour is fake news. However, that doesn’t detract from my intention that together as a society we need to prioritise tackling issues such as children in poverty and homelessness.

British Home Office minister Brandon Lewis was also prompted to chime in during the storm on twitter, asking for Caan to correct his "false statement."

No doubt @AngelaRayner & @jamescaan et al are just waiting for the perfect time today to correct their false statements on the #BluePassport?? For clarity: New passport will NOT cost tax payer extra money. #factcheck

On December 22nd, British PM Theresa May confirmed that the UK was adopting a new, blue passport for the post-Brexit era. While she celebrated the move as a symbol of "sovereignty and independence," critics point out that the UK was never required to adopt the burgundy red which was recommended by a legally non-binding European Council resolution from 1981, reports the BBC. This was echoed in a December 23rd tweet by Guy Verhofstad, chief Brexit coordinator for the European Parliament.