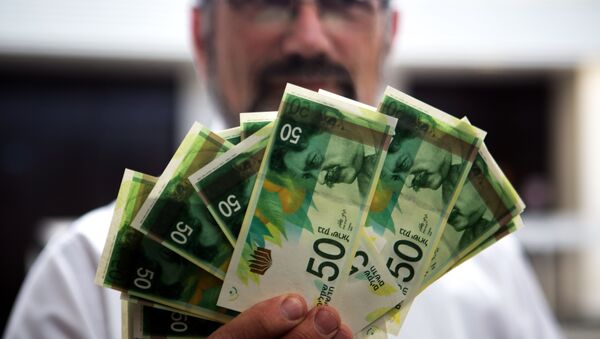 The Bank of Israel and Ministry of Finance have been working on a state-backed digital currency, which may be introduced starting in 2019, local media reports.

While the new currency would become a convenient tool for mobile phone-based cashless transactions, its state-backed status would make it less than ideal for users of cryptocurrencies like Bitcoin, whose main focus is on privacy and anonymity.

The so-called "digital shekel," identical in value to a physical shekel (currently about 30 cents US), would record all transactions made by the user via his or her mobile phone. This would make it more difficult for users to avoid paying taxes, thereby stemming the loss of millions of shekels' worth of tax money through the country's black market economy, a finance official told the Jerusalem Post.

Bundesbank: No Plans to Introduce Fiat-Based Eurozone Cryptocurrency
"You can imagine that instead of giving you a piece of paper saying the Bank of Israel on it, I can send you a piece of digital code that was issued by a central bank," the official said, explaining that speed is the key advantage of the potential new digital currency over traditional bank transfers.

According to the media outlet, the Israeli government must now decide on whether or not to proceed with the idea and include it in the 2019 budget supplementary. The Jerusalem Post pointed out that lawmakers have been looking for ways to reduce the use of cash in the country for over two years, thereby hinting that the digital shekel may provide a perfect opportunity to do so.

According to calculations by Haaretz, Israel's black market economy is estimated to amount to about 22% of the country's GDP, meaning the government loses about 50 million shekels (over $14 million) in uncollected sales taxes each year.

Israel is not alone in considering the creation of a digital currency. Estonia is pushing ahead with its own cryptocurrency, called "estcoin," as is Sweden, with its e-krona. Russia, meanwhile, is also working on its own block-chain based digital cash – the CryptoRuble.