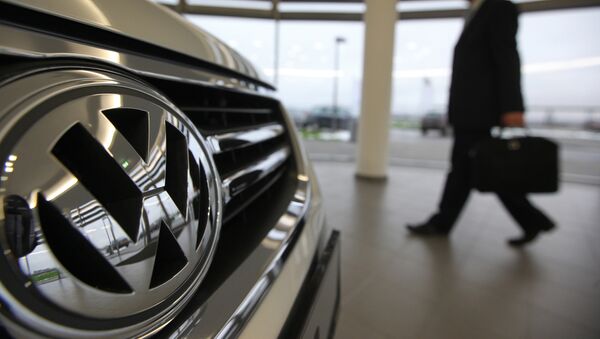 According to Bild am Sonntag newspaper, Schmidt's lawyer is expected to file a lawsuit over unfounded dismissal with a German court. Volkswagen did not comment whether the company was legally obliged to dismiss the official in relation to his conviction, the newspaper added.

Schmidt served as the top emissions compliance officer for Volkswagen in the United States. He was arrested in January over his role in the carmaker’s use of software that was programmed to hide diesel car pollution from US regulators. In early December, he was sentenced to seven years of imprisonment and imposed a fine of $400,000.

Prosecutors, Tax Authorities Raid Volkswagen Board Members – Reports
Volkswagen has faced emissions cheating scandals within last two years. In 2015, Volkswagen turned out to be involved in falsification of emission test results for its diesel-engine cars. The company admitted that 11 million of its vehicles worldwide had been fitted with such software and agreed to pay settlements totaling $15 billion. The US government obliged the company to recall nearly 500,000 Volkswagen and Audi cars manufactured in 2009-2015 equipped with mission cheating software to meet US federal emissions standards in laboratories.

Another scandal erupted in July when media reported that leading German automakers including Volkswagen coordinated their actions on matters such as designing diesel emissions treatment systems in diesel vehicles. Following the reports, the European Commission stated it was examining the allegations concerning the suspected price fixing.