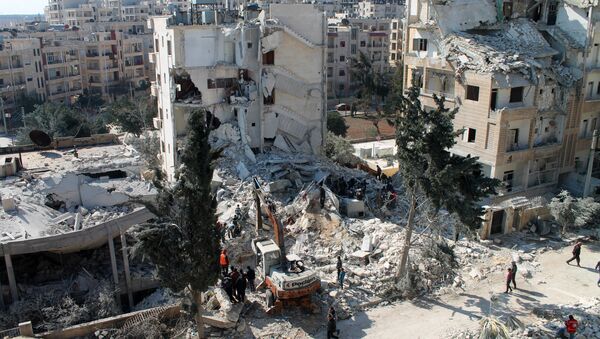 © AFP 2021 / Mohamed al-Bakour
Subscribe
The latest round of Syrian peace negotiations has wrapped up in the Kazakh capital Astana, in an event attended by delegations from Russia, Iran, Turkey and Syria.

Syrian Ambassador to the UN Bashar Jaafari has described the presence of Turkish and US troops in Syria a "blatant aggression."

Speaking at the latest round of Syrian peace talks in the Kazakh capital Astana, he called for an "immediate and unconditional withdrawal" of US and Turkish forces from Syria.

Jaafari also confirmed that "Syria will attend the Syrian National Dialogue Congress due to be held in Sochi." 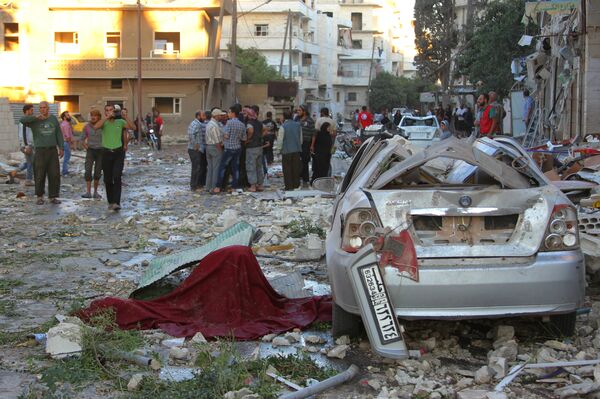 His statement came after delegations from Russia, Iran and Turkey and Syria agreed to hold a "peace congress" in the Russian Black Sea resort of Sochi, in a bid to contribute to resolving the Syrian conflict.

The sides' joint statement said that the congress would be held between January 29 and January 30 in 2018.

In early October, Turkey announced the official start of the operation in Syria's Idlib controlled by al-Nusra Front terrorists. Turkish officials said that the goal was to enforce a de-escalation zone in the area.

Armed conflict in Syria has been in place since March 2011. Russia has conducted an operation against the Daesh terrorist group at the request of official Damascus as of September 2015.

The US been carrying out a military operation in Syria against Daesh without the consent of the country's authorities since 2014.

In mid-December, following the announcement of the defeat of Daesh on both banks of the Euphrates river in Syria, President Vladimir Putin ordered the withdrawal of the main part of the Russian forces from Syria, with the bases in Hmeymim and Tartus continuing their operation.