Russia May Return to JCCC If Center Becomes Effective - Lawmaker 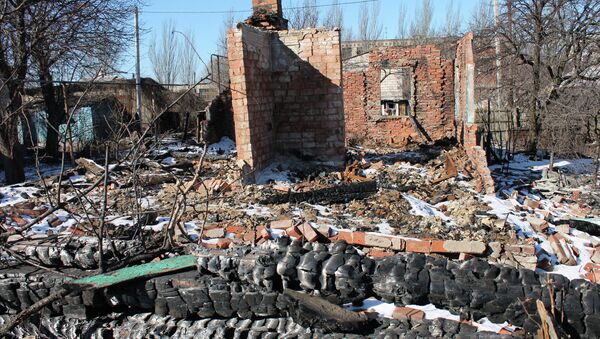 MOSCOW (Sputnik) - Russia may resume its membership of the Joint Center for Control and Coordination (JCCC) of the ceasefire regime in Donbas if it becomes an effective and functional body, Franz Klintsevich, first deputy chairman of Russia's upper house Defense and Security Committee, said on Saturday.

On Monday, the Russian Foreign Ministry said that the Russian side was ceasing its participation in the JCCC, stating that it was impossible to continue working within the center under Kiev’s policies. Earlier on Saturday, German Chancellor Angela Merkel and French President Emmanuel Macron called for return of Russian servicemen to the JCCC, which, according to them, plays a very important role in supporting OSCE observers and ceasefire arrangements.

"I think that Russian servicemen may return to the JCCC. On one condition, of course. The center should become a really functioning instrument of the control over the situation in Donbass," Klintsevich said, adding that the Russian side should not only be listed as a JCCC member, but determine its work, like other participants.

Massive Increase in Truce Breaches in Donbass an Alarming Sign - EU Envoy
Klintsevich noted that statement of Merkel and Macron was "quite illustrative," since it showed that Europe understands that settlement of the Ukrainian conflict is impossible without Russia, being one of the guarantor of the Minsk process.

Meantime, Russian senior lawmaker Aleksey Pushkov said Sunday he believed that if French President Emmanuel Macron and German Chancellor Angela Merkel wanted the return of the Russian military to the Joint Center for Control and Coordination (JCCC) of the ceasefire regime in Donbas, they must demand change in behavior from Kiev.

"If Macron and Merkel want the return of Russian servicemen to JCCC, they should demand from Kiev, not from Moscow, to change behavior," Pushkov, who is the head of the Russian parliament's upper house's commission on information policy, wrote on Twitter.

'Entirely Defensive in Nature': US Agrees to Provide Lethal Aid to Ukraine
The JCCC was formed by the Russian and Ukrainian general staffs by order of Ukrainian leader Petro Poroshenko and Russian President Vladimir Putin, following the creation of the Minsk accords.

The Trilateral Contact Group on Ukraine for the Donbass peace process has recently agreed upon a ceasefire in the region in connection with the New Year and Christmas holidays starting December 23. The self-proclaimed Donetsk People's Republic (DPR) Operational Command said earlier in the day that the Ukrainian government forces have already violated the ceasefire regime.

In April 2014, Kiev launched a military operation against the self-proclaimed republics in the Donbass region, which refused to recognize the new Ukrainian government that came to power in what they perceived to be a coup. In February 2015, the conflicting parties signed the Minsk peace agreement, but situation in the region remained tense.