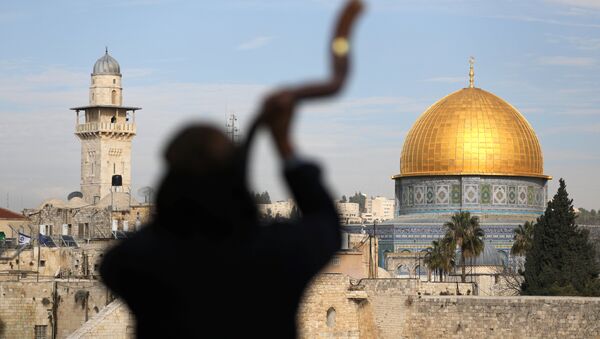 "The vote once again shows the full international unanimity in the support of the rights of Palestinians and makes its contribution to the establishment of this right at the legislative and moral levels. Unfortunately, the vote identifies the isolation, in which the United States put it itself without any clear reason," the secretary-general said in a statement.

Aboul Gheit, on behalf of Arab states, also thanked the countries that chose the right side and gave preference to principles rather than to their own interests.

World
Haley Says US Will Remember UN Jerusalem Vote
On December 20, the UNGA adopted a resolution that rejected the United States' decision to recognize Jerusalem as the Israeli capital. The document was adopted by 128-9 vote, with 35 abstentions. The resolution demanded that all the states not recognize any actions or measures that contradict the relevant resolutions of the UN Security Council.

On the eve of the UNGA vote, US President Donald Trump threatened to halt financial assistance to all countries that would support the General Assembly's resolution on Jerusalem.

In early December, Trump announced his decision to recognize Jerusalem as Israel's capital and instructed the US State Department to launch the process of moving the US Embassy, which is currently located in Tel Aviv, to Jerusalem. The step has prompted criticism from a number of states, first and foremost in the Middle East and Palestine, and triggered a wave of protests in the region.