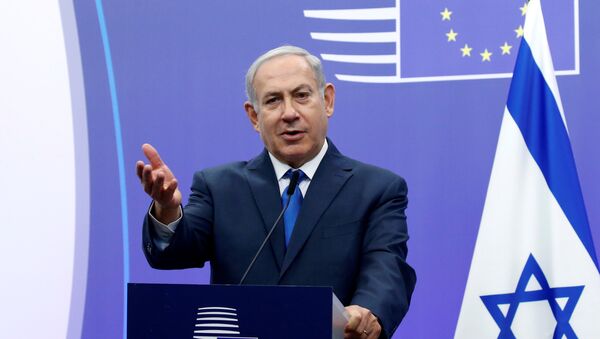 MOSCOW (Sputnik) - Israel is negotiating with "several countries" the transfer of their embassies to Jerusalem, Israeli Prime Minister Benjamin Netanyahu said Friday in an interview with CNN television. However, the prime minister declined to specify with which countries the talks are being held.

Commenting on the UN's decision, Israeli Prime Minister Benjamin Netanyahu slammed the United Nations as a "house of lies," saying that "the State of Israel totally rejects this vote, even before [the resolution's] approval."

Israel Furious, Palestine Gleeful as UN Approves Resolution on Jerusalem
However, Abu Rudeina, spokesman for Mahmoud Abbas, said Palestine enjoys the support of international community, and "no decisions made by any side could change the reality, that Jerusalem is an occupied territory under international law."

Additionally, US Ambassador to the United Nations Nikki Haley said before the vote to those at the meeting that Washington, the largest contributor to the international body, will remember the voting day. President Donald Trump threatened to withhold US aid to countries that voted in favor of the General Assembly resolution but stopped short of warning that US contributions to the United Nations itself would also be at stake.

On December 6, Trump announced his decision to recognize Jerusalem as the capital of Israel and ordered the Department of State to take steps to relocate the US Embassy from Tel Aviv to Jerusalem. Trump's move has provoked the condemnation of Muslim states and prompted mass outrage across the Arab world, leading to the escalation of the Israeli-Palestinian conflict, with Hamas, the Palestinian Islamic fundamentalist organization, announcing the beginning of the third "intifada."