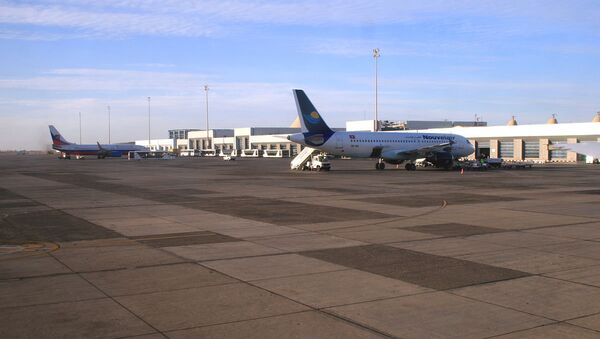 © Photo : Karelj
Subscribe
MOSCOW (Sputnik) – The United Kingdom has lifted the ban on carrying large electronic devices in the cabin for flights from Egyptian airports Hurghada and Marsa Alam, according to the UK government press service.

"Hurghada and Marsa Alam airports no longer subject to restrictions on carrying large phones, laptops and tablets in the cabin," the statement read.

The electronic devices will now be allowed on the majority of flights from Turkey and Tunisia to the United Kingdom, according to the statement.

In September, London lifted the six-month ban on laptops and other electronic devices on Cairo-London flights after confirmation that Egypt met the air security requirements.

Initially, the United States imposed a ban in March on electronic devices larger than a cellphone in the cabins of direct flights to the United States from Egypt, Jordan, Kuwait, Morocco, Qatar, Saudi Arabia, Turkey, and the UAE. The United Kingdom has implemented a similar restriction on flights from Egypt, Jordan, Lebanon, Saudi Arabia, Tunisia, and Turkey. The bans were introduced for security reasons.

Terrorist attacks in northern Sinai, where counterterrorism operations have been underway for several years, do not affect the safety of Egyptian resorts, which are well protected, Yahya Kadwani, deputy chairman of Egypt's parliamentary committee on national security and defense, told Sputnik.

Over recent weeks, terrorists have significantly intensified their activity in northern Sinai. Several attacks have happened here, claiming lives of military and police personnel, as well as civilians.

The lawmaker explained that there are about 150 terrorists in northern Sinai, who operate in a small area significantly far from tourist centers in southern Sinai, including the resort city of Sharm El-Sheikh.

"Residents of southern Sinai are not interested in allowing terrorist elements to penetrate the region. They actively cooperate with the authorities on this issue. Residents are well aware of the terrain and can detect any stranger… I want to confirm that the security situation in southern Sinai is completely under control," Kadwani said, adding that the security forces have created a "safety belts" around all resorts.

The security situation on the Sinai Peninsula remains unstable as numerous extremist groups, which are hiding away in local hard-to-reach areas, continue staging attacks against Egyptian security forces and civilians.