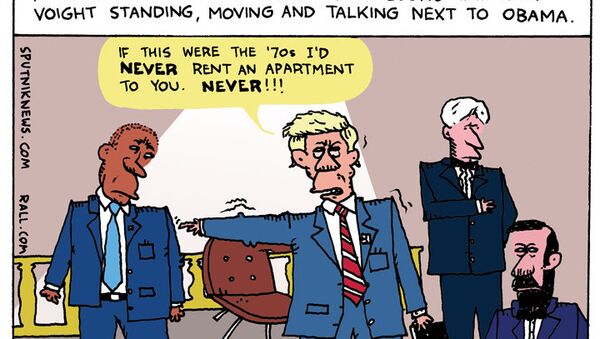 On Tuesday, Walt Disney World reopened their "Hall of Presidents" exhibit and unveiled their latest creation: an animatronic Donald Trump.

Sporting Trump's signature past-the-buckle tie look, the robotic representation on the US president delivers his speech eloquently, without any asides or repeated phrases and buzzwords.

Despite the eloquent address, park-goers and netizens alike were a bit perplexed by the Trump bot's physical appearance. Some equated his appearance to that of award-winning actor John Voight — only with a golden toupee. Others proposed a theory of Disney jumping the gun on creating an animatronic Hillary Clinton and then being forced to Frankenstein a Trump following his presidential win.