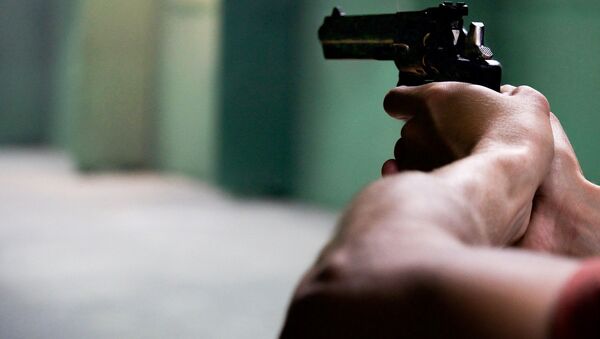 The majority of American voters are critical of Congress for failing to respond to US mass shootings with stricter measures limiting public access to firearms, according to a new survey released by Quinnipiac University on Wednesday.

WASHINGTON (Sputnik) – As an example, the release cited the 2012 massacre at Sandy Hook Elementary School in the state of Connecticut, in which 20 children between the ages of six and seven died, along with six adult staff.

"Congress is not doing enough to reduce gun violence, voters say 67 — 25 percent," a press release summarizing the poll said. "Republicans are the only listed group who say, 49 — 38 percent, that Congress is doing enough."

What's Next for US Gun Control After Carnage at a Texas Church?
Five years after the Sandy Hook tragedy, American voters support 95 — 4 percent background checks for all gun buyers, including 94 — 5 percent among voters in households where there is a gun, the poll found.

"The horror of Sandy Hook still resonates, especially with women. But while Americans are crying out for tougher gun laws, the consensus is that Congress is sitting on its hands," Assistant Director of Quinnipiac Polling Tim Malloy said in the release.

Opponents of tougher gun laws, especially in Congress, cite a provision in the US Constitution allowing private ownership of firearms.