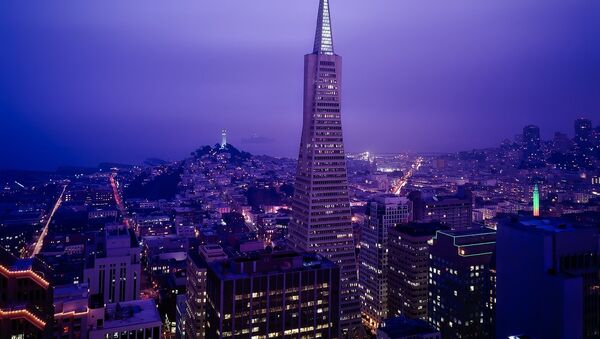 Kristian Rouz – The House voted on the Republican tax overhaul legislation Tuesday, but a procedural snag caused a delay in the first massive overhaul in US tax regulations in 30 years. Lawmakers will vote again Wednesday, but central bankers say the current bill is a very watered down version of the initial proposals by President Trump.

The Federal Reserve Bank of San Francisco says the tax bill will only modestly spur the economy next year. Subsequently, any positive effects of the fiscal boost will fade in the following years, having a very limited long-term impact on jobs, GDP, and purchasing power.

One of the main reasons – the final version of the bill is not radical enough to supercharge the economy. The bill keeps the existing seven tax brackets (originally, the President vowed to reduce those to three), and tax cuts themselves are milder, whilst reductions in all sorts of deductibles almost offset the positive effects of lower taxes for some taxpayers.

Additionally, those out of work or underemployed along with those individuals who milk the social welfare system will hardly find more cash in their pockets.

“If Congress passes the tax reform legislation by the end of this year or early next year, we expect a modest boost to GDP growth in 2018 and 2019,” San Francisco Fed’s Zheng Liu writes in the bank’s white paper, FedViews. “We expect real GDP to grow at an average annual rate of about 2.25 percent through 2018, before slowing to 1.75 percent in 2019.”

Tax Brake: US Senate Kicks Tax Bill Back to House for Violating Procedural Rules
President Trump’s original tax reform proposals would have more prominent stimulative effects on the economy. However, his intentions were moderated by Democratic obstruction, Republican concerns of revenue neutrality and national debt as well as the silent resistance from the Republican “never-Trump” camp.

Most Fed policymakers are more optimistic in their economic outlook, however, San Francisco Fed cites a slowdown in productivity growth and an aging population as the main challenges to economic expansion. The diluted tax reform does not directly address either of these issues.

The fiscal stimulus package in its current form still will boost expansion in output capacity and boost business investment yet not as significantly as President Trump’s original plan.

“It will contribute to stronger growth over the next few years,” San Francisco Fed President John Williams said. “I think it will, in the long run, have some positive contribution to the supply side of the economy, a little bit more labor supply and productivity from more capital investment.”

Another risk is the US hasn’t had a major tax reform in the past 30 years, and most central bankers don’t have relevant experience in handling the effects of tax cuts on the monetary policy side. Fed officials maintain their approach is data-dependent, but the current data is confusing – with the outgoing Fed Chair Janet Yellen herself having admitted weak inflation is a “mystery” when other macro-fundamentals look good.

“So if there are policies that shift supply – or productivity or labor supply, and have other effects in the economy, I’m not focused on what it really means for GDP growth,” San Francisco Fed President Williams said.

Fed policymakers also note the tax reform is only one aspect of President Trump’s economic policies. By taking into account the stimulative effects of deregulation mainly, through the president’s executive orders  and the looming infrastructure bill, positive effects on the supply side of the economy might exceed current forecasts.