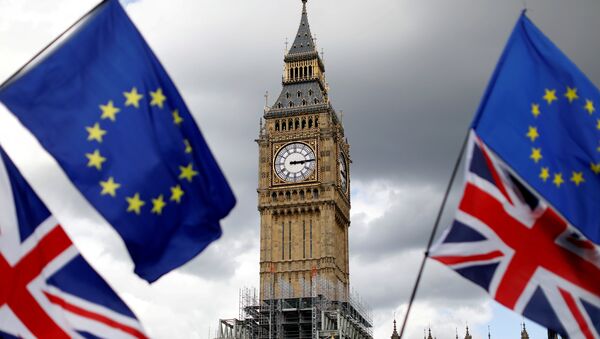 The EU leaders have reached an agreement earlier “to move on to the second phase" in Brexit talks after “sufficient progress” had been made on the first phase of the talks to allow negotiations to start on a transition deal and a final trade agreement.

The European Commission has recommended that the Brexit transition period should end no later than December 31, 2020, with the EU Brexit negotiator saying that the treaty on UK's exit from the bloc must be finalized by October 2018.

The deadline coincides with the end of the EU's 7-year budget period and has long been expected as the end date of the transition.

According to the European Commission's chief Brexit negotiator Michel Barnier, post-Brexit transition period is possible only if the bloc and the UK reach an agreement on the "orderly withdrawal."

At the same time, Britain will enjoy all benefits and obligations of a single market and the customs union during the transition period after Brexit, Barnier has announced.

"On the 30th of March 2019, they’ll no longer be covered by the bilateral agreements which the EU has concluded with third countries … The UK needs to prepare as of now to replicate those agreements," he told reporters when asked whether EU trade deals would cover the United Kingdom during the post-Brexit transition period.

The announcement comes after British Prime Minister Theresa May told the parliament, "we are well on our way to delivering a smooth and orderly Brexit" after on Friday, the EU leaders had agreed “to move on to the second phase" in the talks with the EU after “sufficient progress” had been made allowing negotiations to start on the transition period in EU-UK relations after Brexit, and their future long-term trade and security cooperation.

The first phase of talks focused on the protection of the rights of EU citizens in the United Kingdom and UK citizens in the bloc, the UK-Irish border and London's financial obligations to Brussels after Brexit.