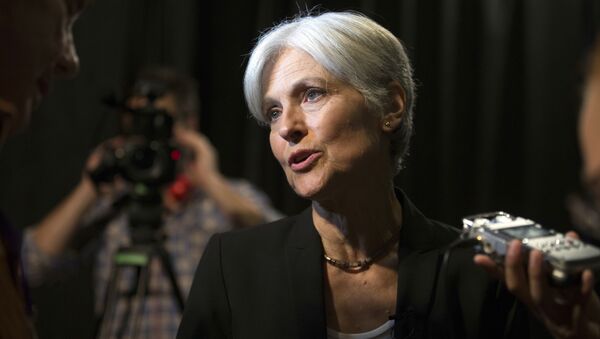 The Senate Intelligence Committee has requested Green Party candidate Jill Stein’s campaign to comply with a document search as a part of the ongoing investigation into alleged ties between US President Donald Trump's campaign team and Moscow, US media reported Monday citing a former campaign staffer.

Dennis Trainor Jr., who worked for the Stein campaign in 2015, told the Buzzfeed media outlet that he was contacted by Stein last Friday regarding the request. He added that Green Party’s ex-candidate was ready to cooperate with the committee and planned to comply with request.

'Nothing to See Here!' as 'Russiagate' Reveals the 'Wrong' Collusion
In January, the US Central Intelligence Agency, Federal Bureau of Investigation (FBI) and National Security Agency released a report accusing Russia of meddling in last year's US elections and labeling RT as “propaganda outlet.” On November 13, RT America registered as a "foreign agent" in the United States as demanded by the US Justice Department.

The US Congress is currently investigating Russia's alleged meddling in last year's elections as well as possible collusion between Trump's campaign team and the Kremlin. Another investigation into the purported interference is being conducted by the FBI and the Department of Justice under Special Counsel Robert Mueller.

Russian officials have repeatedly denied the claims of alleged interference, stressing that no evidence has been offered to substantiate the allegations.