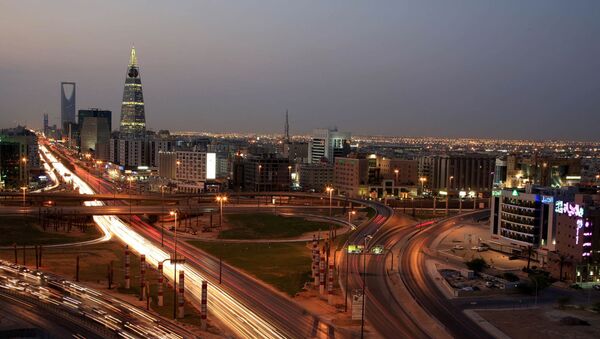 Saudi Prince Mohammad bin Salman has pushed for unprecedented socio-cultural changes in the country, and the latest move is in tune with the reformist path that he has embarked on.

Riyadh is expected to start launching electronic tourist visas to "all nationals whose countries allow their citizens to visit Saudi Arabia" in the first quarter of 2018.

"We are now just preparing the regulations — who is eligible for the visas and how to obtain them," said Prince Sultan bin Salman, the head of the Saudi Commission for Tourism and National Heritage.

The cost of the new visa hasn’t been decided upon yet, but Prince Sultan made it clear that it would be "as low as possible, because the cumulative economic impact is greater than the cash from the visa."

Today, citizens of all countries except for those of the Gulf Cooperation Council members, e.g., United Arab Emirates, Bahrain, Kuwait and Oman, require a visa to visit the kingdom. Saudi Arabia is a sacred place for millions of Muslims who travel there annually for the Hajj pilgrimage (and still require a special visa), but other visitors face serious challenges on their way to the kingdom. While business, family visit or transit visas were relatively easy to obtain, tourist visas were issued only for approved tour groups following organized itineraries, with the process taking a couple of months, although the entry permits were expensive and difficult to secure. In 2013, Riyadh had announced it would issue tourist visas for the first time in its history to woo foreigners, yet suspended the limited visa program until the kingdom improved its infrastructure to make it more attractive for the locals before becoming "tourist-friendly."

In 2016 Crown Prince Mohammad bin Nayef, bin Salman’s predecessor, made a statement on plans to start issuing tourist visas again in the framework of the "Vision 2030" project. To date, foreign visitors are apparently represented only by business travelers, pilgrims, workers and their families, but the situation is about to change with introduction of an online application and electronic visas, which allegedly would reduce red tape, as it might be expected.

Having announced the project "Vision 2030," Mohammad bin Salman has pursued a goal of making the life of Saudi nationals more interesting and the kingdom more attractive for foreigners. The vision of the country’s future envisages unprecedented modernization of various realms of life. Earlier bin Salman spoke out in favor of returning to "moderate Islam," and Saudi Arabia has already permitted women to drive cars, hosted a slew of international musicians, organized all-female and mixed-gender concerts, and even lifted a ban on movie theaters after more than 35 years.