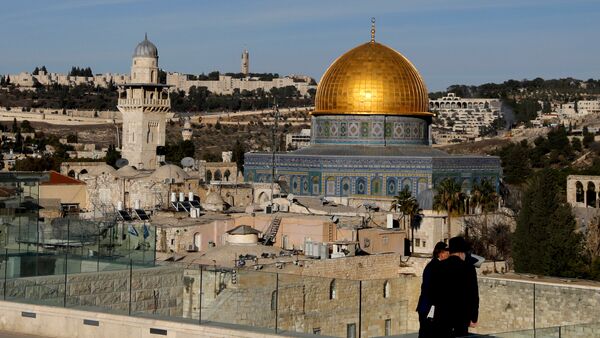 © REUTERS / Ronen Zvulun
Subscribe
International
India
Africa
The draft resolution is likely to be supported by most of the UN Security Council members. However, Washington is likely to veto the document, according to diplomatic sources.

The UN Security Council is reportedly considering a draft resolution aimed at legally voiding any unilateral decision on the status of Jerusalem.

On Monday, the council will discuss the situation around Jerusalem, including the drafted resolution, a diplomatic source told Sputnik. However, there is no information whether the vote on the draft will take place.

The draft resolution "affirms that any decisions and actions which purport to have altered, the character, status or demographic composition of the Holy City of Jerusalem have no legal effect, are null and void and must be rescinded in compliance with relevant resolutions of the Security Council," Reuters reported. 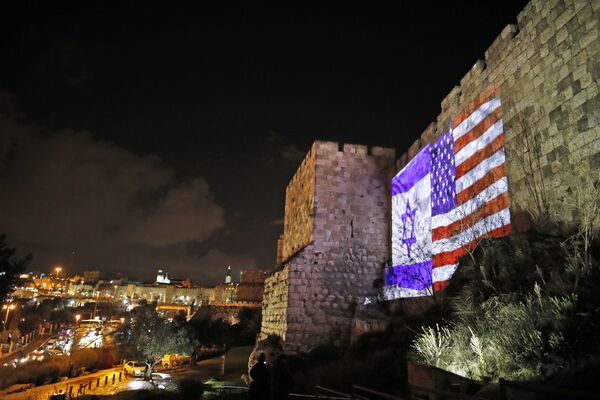 It also "calls upon all states to refrain from the establishment of diplomatic missions in the Holy City of Jerusalem, pursuant to resolution 478 (1980) of the Security Council."

According to AFP, the draft resolution stresses that the Jerusalem issue should be resolved "though negotiations" and expresses "deep regret at recent decisions concerning the status of Jerusalem." The document, however, does not specifically mention Trump’s decision.

The move has come after US President Donald Trump declared Jerusalem the capital of Israel on December 6 and announced the transfer of the US Embassy to the city, in a move that has sparked outrage in the Arab world and faced international criticism.

A resolution in the Security Council needs nine votes in favor and no vetoes by the United States, France, Britain, Russia or China to pass.

Diplomats told AFP that despite the fact that most, if not all, of the 14 UNSC other members support the resolution, Washington is likely to veto the document during a vote this coming week.

Israeli Analyst: Trump's Jerusalem Move Will Contribute to Peace and Stability
Earlier, US Envoy to the UN Nikki Haley called Trump’s decision on Jerusalem "the just and right thing to do."

If the UNSC rejects the draft resolution the measure could be taken to the UN General Assembly for a vote.

Palestinians, meanwhile, have been calling for a tougher resolution, which would directly call out the US and demand that Washington annuls its decision.

On December 8, the UN Security Council convened an emergency session to address the US unilateral move.

On Tuesday, Palestine’s Hamas movement announced the beginning of a third "intifada" against Israel. The previous intifada uprisings in 1987-1991 and 2000-2005 left hundreds of Israelis and thousands of Palestinians dead. 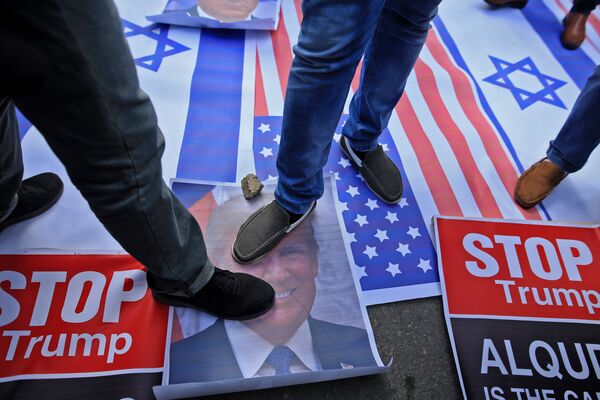 Palestinian protesters step on US and Israeli flags and on a portrait of US President Donald Trump following his decision to recognise Jerusalem as the capital of Israel, in Gaza City
© AFP 2023 / MOHAMMED ABED

Israel seized then Jordan-controlled East Jerusalem during the 1967 Six-Day War. In 1980, the Israeli Parliament adopted the Jerusalem Law and proclaimed the city as the "complete and united" capital of the country.

The international community does not recognize the move and considers the status of the city to be one of the core problems of the Middle East conflict, which should be resolved on the basis of an agreement with the Palestinians, who claim the eastern part of Jerusalem.