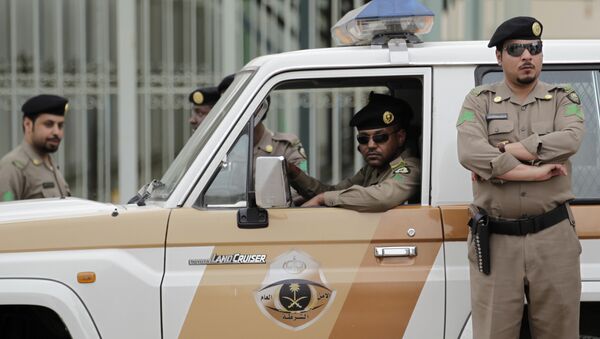 © AP Photo / Hassan Ammar
Subscribe
According to media sources, Sabih al Masri, head of Arab Bank, has been repeatedly warned against traveling to Saudi Arabia, however, the businessman insisted he had nothing to fear there.

The Palestinian billionaire, who also holds Saudi citizenship, was detained after heading to Riyadh last week to chair meetings of the companies he has holdings in.

The Riyadh's authorities did not respond to Reuter's request to comment on the situation, and Masri was also unreachable.

Over 200 Detained on Corruption Charges in Saudi Arabia - Attorney General
The detention occurred amid an ongoing massive anti-corruption campaign in Saudi Arabia led by Crown Prince Mohammed bin Salman, the push which is widely regarded to be an effort to strengthen his power. However, no details on the charges against any of the detainees or about any settlement talks with them have been disclosed yet. In November, the kingdom's authorities announced that over 200 people have been arrested for questioning in its anti-corruption drive.

Masri has close ties with King Abdullah of Jordan, who was warned against participating in a meeting of the Organisation of Islamic Cooperation (OIC) in Turkey, according to media reports. This week East Jerusalem was recognized by the OIC as the capital of Palestine.

Hind Khlaifat, the founder and CEO of Jordan's Alocloud, shared a post on twitter, in which she noted the significance of Sabih al Masri to the economy of Jordan.

A tweet for Mohammed bin Salman, with kind regards.