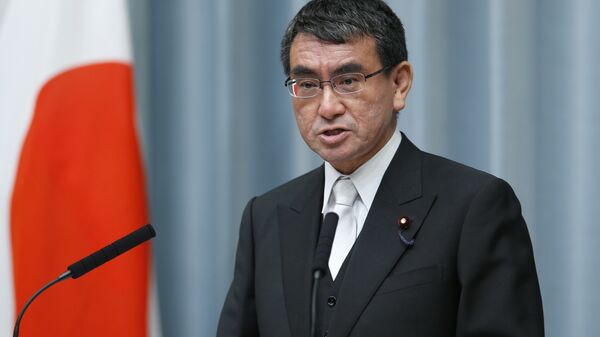 WASHINGTON (Sputnik) — Japanese Foreign Minister Taro Kono said on Friday that Japan supports the Iran nuclear agreement, also known as the Joint Comprehensive Plan of Action (JCPOA), and confirms Tehran has not violated the accord.

"Japan supports the Iran agreement with the nuclear deals… So far we have not confirmed any violation by Iran," Kono said during a press conference at the United Nations.

Observer on US Threats of Anti-Iran Coalition: 'We've Heard About It Since 1979'
Kono said that Tokyo and Tehran share a "very good relationship" and added that the status of their bilateral relationship will not hamper Japan’s actions against North Korea. The foreign affairs minister also said Japan will continue to work with Iran so the latter will not destabilize the region.

Kono and top diplomats from the international community were in New York City on Friday to attend the UN Security Council Ministerial meeting on countermeasures against North Korea.