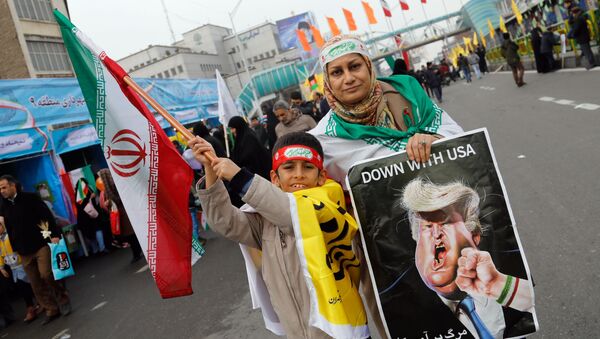 © AFP 2022 / Tehran
Subscribe
Washington has warned Iran that it will build an "international coalition" against Tehran after presenting what it said was proof of Iranian-made weapons deliveries to Yemen. Speaking to Sputnik, Iranian political observer Ali Reza Rezahah said his country has been hearing similar, baseless threats and accusations from the US for decades.

At a press conference in a military hangar outside Washington, DC on Thursday in front of what she said were remnants of Iranian-made missiles systems used against the Saudi-led coalition by the Houthi rebels, US UN Ambassador Nikki Haley said that the United States would respond to Iran's "aggression" and support for "terrorist groups" with the creation of a new international coalition.

"In this warehouse is concrete evidence of illegal Iranian weapons proliferation gathered from direct military attacks on our partners in the region," Haley said. "You will see us build a coalition to really push back against Iran and what they're doing," the ambassador warned.

"The fight against Iranian aggression is the world’s fight… This missile was used to attack an international civilian airport in Saudi Arabia. Just imagine if this missile had been launched at Dulles Airport or JFK, or the airports in Paris, London, or Berlin." pic.twitter.com/Vilau7VpHq

"The threats coming from Nikki Haley against Iran are nothing new," the observer said. Similar slogans have been voiced by Trump and by the Obama administration. Moreover, we've been hearing such accusations regularly since 1979 and the victory of the Islamic Revolution."

Furthermore, Rezahah noted, "after the invasion of Iraq and the revelation of the spuriousness of their claims about the presence of weapons of mass destruction, the US has no right to accuse anyone of violating international security, because they themselves have lost all credibility and trust."

When I was based at the UN, I saw this show and what it begat… pic.twitter.com/2sAsMB6o4m

"For the international political elite, it has long become obvious that the US uses methods such as the falsification of evidence, and makes groundless accusations against countries they dislike to accuse them of various 'crimes' to promote their foreign agenda," the expert added.

As for Haley's remarks about a new anti-Iranian coalition, Rezahah recalled that the US has taken to this practice multiple times before. "The US has done everything in their power to create a number of difficulties for Iran. Specifically, they've created a variety of coalitions. Therefore, Nikki Haley did not say anything new. Before this, the US already created its anti-Iranian alliances," including the so-called Saudi-American-Israeli bloc and Washington's alliances with various countries in the Persian Gulf. 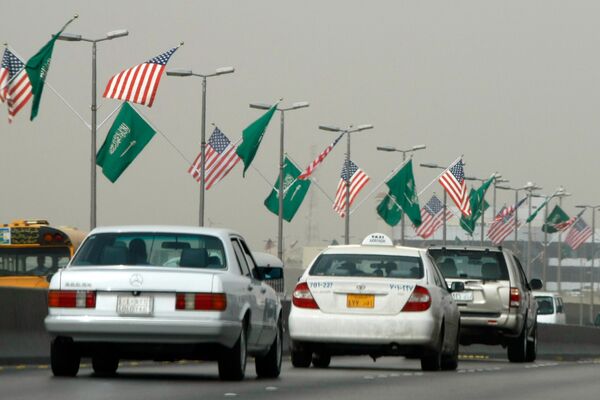 Haley’s Missile Stunt ‘Incredible Distraction’ From US, Saudi Horrors in Yemen
In any case, the analyst emphasized that Iran's foreign policy "is not mirror-like. What does this mean? It means that we are not going to react aggressively to every single US scheme and lie. Iran's strategy on this issue is based exclusively on the principles enshrined in our constitution: assistance to oppressed peoples, and working to create stability and peace in Iran and in the countries of the region. Any participation by Iran in the settlement of crises in neighboring countries has been based exclusively on these principles, and not on those claimed by Nicky Haley. Iranian policy in Syria is a vivid example."

In that conflict too, Rezahah recalled, the US accused Tehran of everything under the sun. "But time has shown the opposite. Today, even Western powers can't deny the significant and constructive role played by Iran in settling the Syrian crisis and in the fight against terrorism in that country." Moreover, he said, Western analysts and media have recognized the failure of their own countries' policy, including direct US support for Islamist terrorists in Syria. "In this context, to now hear such accusations from Nikki Haley [toward Iran] simply sounds ridiculous."

While #Iran has been calling for ceasefire, aid and dialogue in #Yemen from day 1, US has sold weapons enabling its allies to kill civilians and impose famine. No amount of alternative facts or alternative evidence covers up US complicity in war crimes. (https://t.co/VALDSWgMUv) pic.twitter.com/7fkbIJs9MA

"As for Yemen, Iran has repeatedly stated that it provides and will provide support, particularly humanitarian assistance. If necessary, Iran is ready to provide military advisers to participate in military operations to assist the oppressed Yemeni people. But here's the key point: whatever incident may occur in our region, it does not mean that it was Iran's fault," the expert concluded.

The views and opinions expressed by Ali Reza Rezahah are those of the expert, and do not necessarily reflect those of Sputnik.