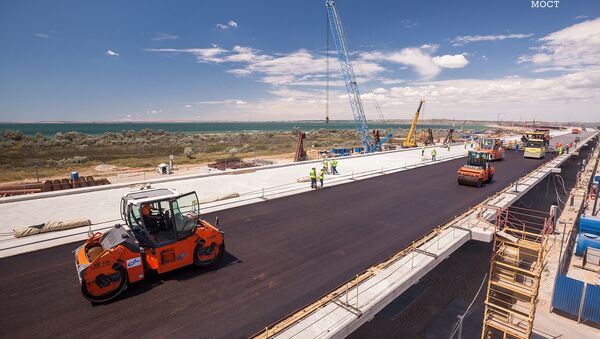 The Energy Efficiency Center of the National University of Science and Technology (MISIS) in Moscow has developed technology for producing a wide range of soil modifiers from industrial waste. The modifiers can cut the cost of road construction by improving the physical qualities of the soils on-site.

MISIS has developed an energy efficient technology to produce clinkerless cements, with a strength matching that of Portland cement (up to type M600). Clinkerless cements are produced from various kinds of slag and additives, which are ground and mixed without high-temperature calcination.

Clinkerless cements obtained at the university have a much “smoother” curve of strength gain and higher sulfate resistance, which is advantageous for soil stabilization and strengthening, as well as for underground construction in chemically aggressive environments. The introduction of this technology is especially important for regions that need to deliver high-quality gravel and sand over distances of hundreds of kilometers.

According to Stanislav Mamulat, head of the Center for the Development of Corporate Collaboration at NUST, the university has been studying how numerous types of mineral binding materials, such as ash, slag, slop, phosphogypsum and other waste, can be used.

“With new cohesive materials for soil stabilization, it is possible to produce cement by mixing local soil, water and just 4-6 percent of the modifier right on a road construction site. This is how the new method differs from the traditional one, which requires the soil to be cleared and sand and gravel is delivered instead to the construction site, or to a cement plant, to be used together with 100 kilograms of cement per cubic meter of concrete. It means that roadbed construction may cost 33-50% less,” Stanislav Mamulat said.

He also noted that the modifiers can be used to produce concrete from loam, clay loam and even clay, which was unsuitable for use with the old method.

A special device – a vortex intensifier, which can grind hard granular materials into dust-thin powders – was used to produce these modifiers. The grinding effect is achieved thanks to an operating chamber with ferromagnetic particles, located inside an inductor with a rotating electromagnetic field.

The inventors believe that, with the new technology, it will be possible to lower the cost of road construction, improve the quality of roads and reduce pressure on the environment.

“The industrial waste we tested and found most suitable for use in soil modification are the those which occur most commonly in our economy. Energy, metallurgical and chemical companies produce hundreds of millions of tons of (metric) waste every year. By using this waste to strengthen the soil, we can lower the cost of regional and inter-regional roads and increase their durability, while also solving environmental problems in the regions,” Stanislav Mamulat said.

Russian iron-and-steel industry companies, whose production cycles include iron blast-furnace slags, and firms involved in road and industrial construction have become industrial partners and clients of the developers of the new technology. According to the inventors, this technology was used in the construction of highways leading to the Kerch Bridge in the Krasnodar Territory.