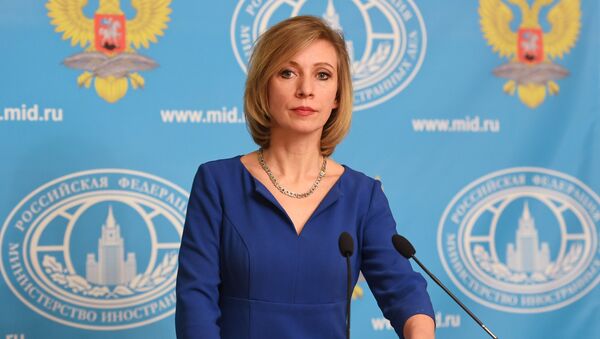 © Sputnik / Ekaterina Chesnokova
/
Go to the photo bank
Subscribe
According to Russian Foreign Ministry spokeswoman Maria Zakharova, the United States actually acknowledged that there was no threat from the Russian side to the American electoral system.

According to Maria Zakharova, Russia did not invent anything new, "this is not some kind of revolutionary proposal or some kind of innovation." She noted that such a principle had already been fixed during the restoration of diplomatic relations between the two countries on November 16, 1933, at the insistent request of the Americans themselves.

"Washington's refusal to consider such an offer now once again shows the absolute fakeness of the campaign for accusing Russia of some interference in last year's elections in the United States," she added.

Russia has repeatedly denied the accusations of the US special services in trying to influence the elections in the United States, and Dmitry Peskov, the presidential press secretary, called them "absolutely unsubstantiated."