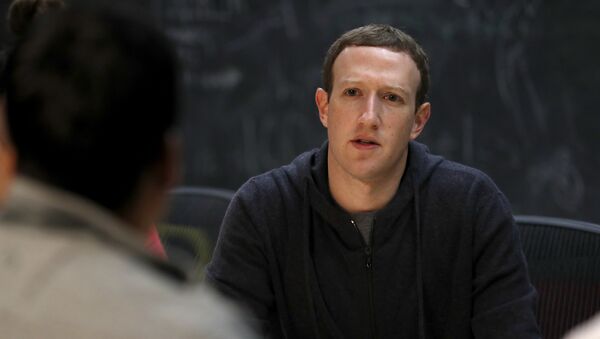 In a rare move, Facebook issued a public response to accusations leveled by its former executive Chamath Palihapitiya, who claimed that the company's conduct is "ripping society apart."

Speaking at Stanford Graduate School of Business, Palihapitiya previously stated that "the short-term, dopamine-driven feedback loops that [Facebook] has created are destroying how society works."

The company's statement argued that it takes its "role very seriously" and is "working hard to improve" its services, pointing to the fact that its business model has significantly changed since 2011, when Palihapitiya resigned.

"When Chamath was at Facebook, we were focused on building new social media experiences and growing Facebook around the world," the statement read.

"Facebook was a very different company back then and as we have grown we have realised how our responsibilities have grown too."

Palihapitiya, who was responsible for increasing Facebook's user base in the early years of the network, blasted the "like culture" created by social media, arguing that it is a "global problem" that impedes civil discourse and cooperation between individuals.

'God Knows What Facebook Is Doing to Kids' Brains,' Co-Founder Confesses
He is not the only former senior Facebook executive, to have slammed the network.

"The thought process that went into building these applications, Facebook being the first of them,… was all about: ‘How do we consume as much of your time and conscious attention as possible?'"

"And that means that we need to sort of give you a little dopamine hit every once in a while, because someone liked or commented on a photo or a post or whatever."

Both former executives also blasted the effect that Facebook may have on young children, just as the network is introducing its special messaging service exclusively for children under 13, who were previously banned from using the network.

The app, called Messenger Kids, will enable children to chat with their friends and with approved adults with the consent of their parents.

"God only knows what it's doing to our children's brains!" he said.

Palihapitiya went even further, revealing that he prohibits his own children from using the social network.

"I can control my kids' decisions, which is that they're not allowed to use that shit," he said.

Facebook Offers Child's Play, But Not for My Kids Says UK Health Minister
Facebook's statement, however, hit back at those claims, arguing that its business model is continuously informed by various studies on how the social media affects individuals in order to minimize negative effects of its products.

"We have done a lot of work and research with outside experts and academics to understand the effects of our service on well-being, and we're using it to inform our product development.