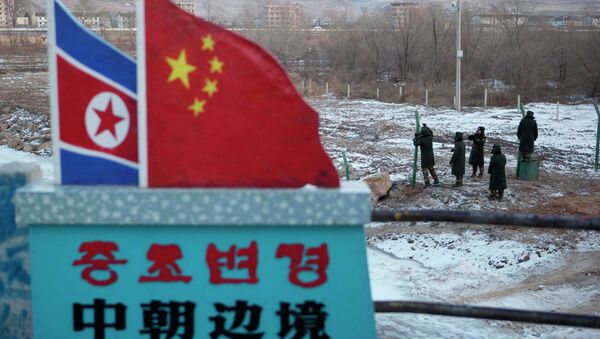 In an interview with Fox News Sunday, Haley praised the international community for keeping sanctions on Pyongyang, but added that Beijing could do more to persuade the North Korean leader to end nuclear and missile tests.

She added that President Trump, who has a “very good relationship,” with President Xi Jinping, was putting pressure on his Chinese counterpart “to do more.”

“But to be clear, China can do more and we're putting as much pressure on them as we can. The last time they completely cut off the oil, North Korea came to the table. And so we've told China they've got to do more. If they don't do more, we're going to take it into our own hands and then we'll start to deal with secondary sanctions, Haley said.

Nikki Haley was speaking shortly after Russia’s Foreign Minister Sergei Lavrov told his American colleague Rex Tillerson that in a bid to ensure its security, Pyongyang was now willing to discuss the situation directly with Washington.

US Threats to Stop Trade With China Over North Korea Nothing But 'Blackmail'
Lavrov and Tillerson met on the fringes of the Organization for Security and Cooperation in Europe (OSCE) session in Vienna on Thursday.

In the meantime, the US, Japan and South Korea launched a joint missile tracking drill on Monday.

During the course of the two-day exercise, being held off the coast of Japan, four Aegis-equipped destroyers from the three countries, will detect and track computer-simulated missiles and share information.

The drill comes less than a week after the US and South Korea held large-scale wargames, which Pyongyang said made the outbreak of war inevitable and “an established fact.”

READ MORE: US to Decide on China Policy Over Lack of Pressure on North Korea Within Week

Tensions on the divided Korean peninsula have escalated in recent months amid a series of nuclear and missile tests conducted by Pyongyang.

The situation came to a head in September when President Trump threatened to wipe North Korea off the face of the Earth.

000000
Popular comments
America and its citizens are not the United States nor are we represented by its government !!