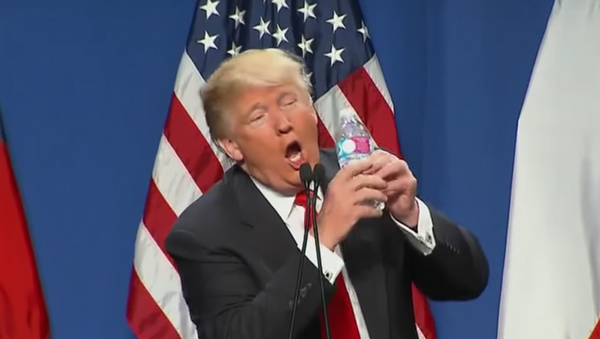 The minor news story on Trump being in the habit of watching television for at least four hours a day apparently hasn’t come unnoticed.

In his most recent Twitter post, Donald Trump has lashed out at The New York Times, saying that what they wrote about him is completely wrong. He also flatly denied watching CNN or MSNBC ever, citing these outlets as "fake news."

Another false story, this time in the Failing @nytimes, that I watch 4-8 hours of television a day — Wrong! Also, I seldom, if ever, watch CNN or MSNBC, both of which I consider Fake News. I never watch Don Lemon, who I once called the “dumbest man on television!” Bad Reporting.

The announcement has brought about a storm of online speculations.

Some ironically remarked that instead of tweeting over the Manhattan terrorist attack "the joke of a president" chose to condemn the "liberal press."

Instead of the bombing in New York City, THIS is what the joke of a president is tweeting about!!

Others simply sought to laugh it off:

​One Twitter user had even adduced an illustration of bananas, thus obviously referring to a widely used  English idiomatic expression:

A number of Twitterians have drawn parallels between Trump’s condemnation of the aforementioned media outlets with recent jokes on Trump’s golfing, tweeting and alike:

Being president is hard work, after golfing, tweeting and eating Big Macs you barely have time to watch eight hours of television per day.

This one however was promptly slammed by a pro-Trump user:

How about jobs up, tax bill on its way, lowest unemployment in 17 years, ISIS dying, consumer confidence up? Etc etc