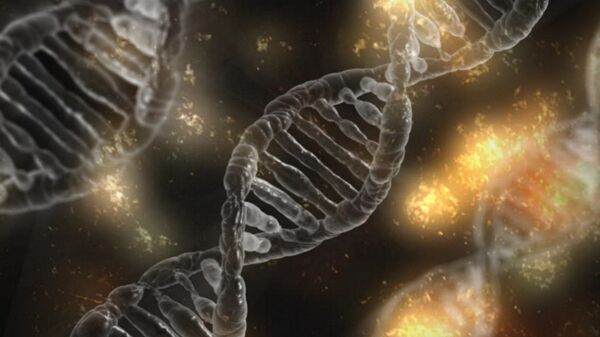 The US advanced military research body – DARPA – announced that it will invest tens of millions of dollars into genetic extinction research. While the official aim of this research is said to be fighting harmful insects, there are significantly darker speculations about the possible use of such a tool.

​Radio Sputnik discussed the possible dangers of this kind of research with Silvia Ribeiro, Latin America director of the ETC Group, an international organization dedicated to "the conservation and sustainable advancement of cultural and ecological diversity and human rights."

"When it is developed under an umbrella of a military research, you get a clear notion that there can be a dual purpose of this research," Ribeiro said.

Speaking about the official purpose of the so-called extinction technologies research — fighting malaria-carrying mosquitoes — she noted that even if one species of mosquito is eradicated, it will not influence the bacteria that causes malaria.

"[The malaria bacteria] will find another vector," she stated.

US Military Investing $100Mln in Genetic Extinction Technologies - Reports
So-called gene drive technologies allow for the artificial modification of the genes of a particular species, replacing unwanted genes with those that are seen to be beneficial, and the modified gene is then transferred to future generations.

According to Ribeiro, the UN Convention on Biological Diversity has been discussing the ethics of whether such a tool should be developed.

Specialists speculate that if gene drive technology is to be developed it must be done in ultra high-security Biosafety level-4 facilities with the most stringent level of precautions, possibly a laboratory on an island, as the threat such a tool poses — one which would inexorably spread throughout the world — has no comparable antecedent.

The Environmental Modification Convention (ENMOD) explicitly forbids the hostile, military use of tools that modify the environment or the ecology of a so-called enemy country. The US, Russia and China are parties to this convention. What DARPA wants to develop falls into this category, according to Ribiero, as eradicating any species influences an ecology in ways that cannot be predicted.

The problem with the UN and the conventions it adopts is that they do not provide sufficient monitoring or prevention of such weapons.

"The whole UN is about diplomacy," Ribeiro said. "The military goes under their radar."

According to watchdog head, the only reason the world knows about this research is because human rights groups like ETC make requests using the Freedom of Information Act, requesting information from public universities related to the development of gene technology.

Due to its poor track record on reigning in abuses of technology, a moratorium or ban by the UN would not prevent the US military from developing any gene tool they chose, she asserted.

Earlier in October, Russian President Vladimir Putin said that US specialists are harvesting biological material in Russia, "purposefully and professionally."

With the development of genetic extinction technologies, fears of creating an "ethnic weapon" that could target those with specific racial characteristics based on genetic sequences rise to the surface.