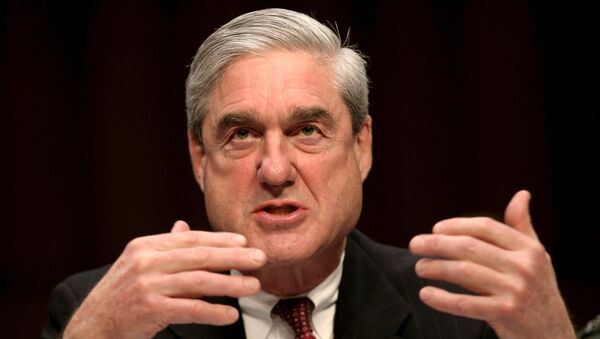 A number of statements have recently been made by US President Donald Trump’s supporters and their goal is apparently to "delegitimize" special counsel Robert Mueller’s investigation into the alleged Russian meddling in the US election, an article in the Los Angeles Times claimed.

Mike Huckabee, former Arkansas governor and the father of White House press secretary Sarah Huckabee Sanders, told Fox & Friends, "There needs to be an investigation of the investigation."

Conservative political commentator Sean Hannity said, "Mueller’s credibility is in the gutter tonight with these new discoveries, his conflicts of interests, his clear bias, the corruption are on full display. Mueller is frankly a disgrace to the American justice system and has put the country now on the brink of becoming a banana republic."

There are just a few examples, but there have been more claims against Mueller and his investigation of other American politicians, commentators and journalists who support Trump.

"It all looks and sounds like a concerted campaign to delegitimize Mueller’s investigation," journalist Doyle McManus wrote for the Los Angeles Times.

Trump: Flynn's Actions Were 'Lawful', There Was 'No Collusion' With Russia
Those efforts by Trump supporters are aimed at making the investigation seem "partisan," Max Bergmann, a senior fellow at the Center for American Progress (CAP) Action Fund in Washington suggested in an interview with The Guardian.

According to Matthew Miller, a partner at strategic advisory firm Vianovo and former justice department spokesman, this recent "campaign" has two goals.

"First, to kick up dust so there is something else to talk about when the president is under scrutiny. Second, to delegitimize the Mueller investigation so the president can fire him or Congress can ignore his conclusions if he finds Trump broke the law," Miller told The Guardian.

Mueller’s investigation was launched in May to look into evidence that Russia allegedly attempted to influence the results of the 2016 US presidential election, a claim that has been repeatedly denied by the US president and Moscow.

As part on the ongoing investigation, Trump’s former national security adviser, Michael Flynn, has pleaded guilty to charges that he made false statements to the FBI about his contacts with the then-Russian ambassador to the US, Sergei Kislyak.