Creative Drinking: Cabby Saves Suicidal Rider by Getting Him Sloshed 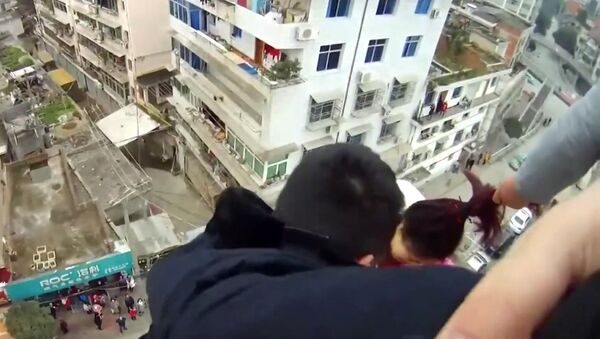 A cab driver in China saved a suicidal passenger’s life by getting him drunk.

On Tuesday afternoon, the driver, who has the last name Wang, picked up a 27-year-old unnamed man in Jiande, Zhejiang province, the South China Morning Post (SCMP) reported.

The man, bleeding from his wrist, told Wang to drive him to the tallest mountain because he wanted to kill himself.

Thinking quickly, the driver pretended that he also was depressed enough to want to commit suicide, and suggested to the distraught passenger that they have a drink together on the mountain before plunging to their deaths.

After the passenger agreed, Wang bought two bottles of beer and several bottles of baijiu, a spirit made from rice with a high alcohol content.

Wang drank the beer and convinced the young man to drink the baijiu.

"I have not had alcohol for over 10 years," Wang said. "Last time I drank was at my own wedding. I told the suicidal guy that I broke my rules this time."

After drinking and talking for an hour, the young man passed out as a result of being both highly stressed out and drunk.

In the meantime, local police were searching for the man after his girlfriend contacted the police department to warn them that he had threatened to kill himself after they had an argument.

When police officers called the man's cell phone, the driver picked up and informed the officers of their location.

According to the police report, the man was sent to a local hospital and is in stable condition.

Wang was awarded $150 by the ride-hailing service, Didi Chuxing, for saving the man's life.