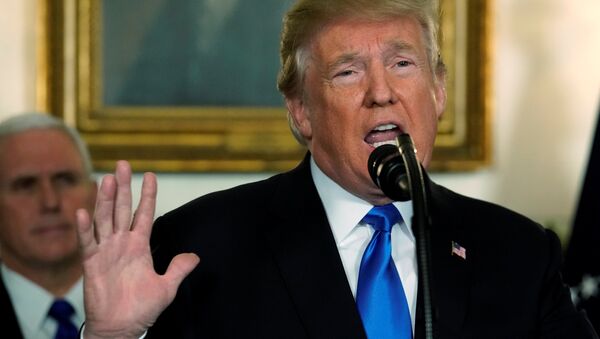 The US president's intention to recognize Jerusalem as the capital of Israel has sparked criticism all across the world, with representatives of the international community fearing that the move could fuel the situation in the Middle East.

According to the media source, Erdogan told Macron that the international community should protect the historical status of Jerusalem, with the parties reportedly having agreed to cooperate in the area in order to convince US President Donald Trump to change his decision on the issue.

"Leaders of the big countries are tasked with making peace, not to create conflicts…. I am saying this loud and clear, being strong does not mean being right," Erdogan was quoted as saying.

On Wednesday, US President Donald Trump announced his decision to recognize Jerusalem as the capital of Israel, saying the initiative was a "recognition of reality" and marked "the beginning of a new approach" to the conflict between Israel and Palestine. The move ended Washington's longtime neutrality on the status of Jerusalem, one of the thorniest issues in the conflict.