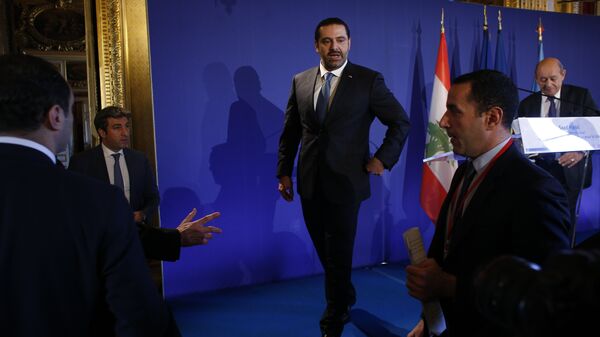 Seen to be flexing his power after being elevated to the highest position in the land, the newly-appointed Saudi crown prince may have bitten off more than he could chew, after a two-week detention of Lebanese Prime Minister Hariri in Riyadh — coupled with what is now known to have been a forced surprise resignation of the latter — resulted in a fast-moving international outcry that saw Hariri hastily released and reinstated.

After answering an invitation from the 32-year-old Saudi crown prince to visit Riyadh, Hariri stunned the Middle East last month by announcing his resignation while still in Saudi Arabia, where he remained under virtual house arrest as diplomats throughout the region frantically debated what was considered to be an unnecessarily brash move by bin Salman to shift some of the balance of power away from rival Iran.

The maneuver was not a success, and Hariri's Future Movement political party retains a controlling interest in the Lebanese government as the stature of Hezbollah — long alleged by Riyadh to be a terrorist group — has emerged with renewed strength and a clearer mandate, according to the New York Times.

Bin Salman has actively sought to limit the regional influence of Tehran, according to many, particularly after the Hariri coalition government chose to include Hezbollah; a group formerly espousing violent resistance that has now rebranded itself as a force for peace by aligning with Syrian President Bashar al-Assad to end almost seven years of civil war in the country.

Seeking to smooth over the incident, Hariri stated on Tuesday that his government was committed to its noninvolvement in "any dispute and conflicts or wars," in the region, and added that Beirut, in seeking to avoid instability or additional violence, would "not interfere in the internal affairs of the Arab states, in order to preserve the relationship between Lebanon and its Arab brethren," cited by Nytimes.com.