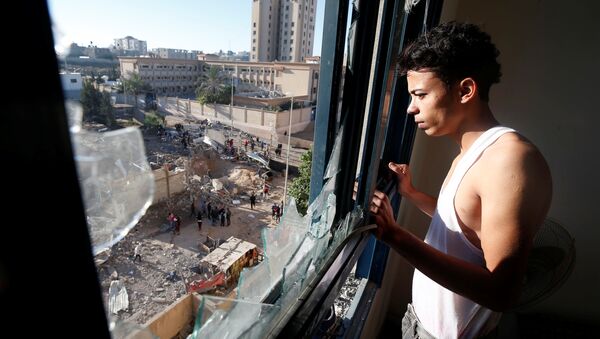 Palestine's Hamas movement earlier this week slammed US President Donald Trump’s decision to reconsider the status of Jerusalem and has called for an "intifada" against Israel.

Earlier on Saturday, Israeli jets hit two weapons production sites in the Gaza Strip, an arms depot and a training compound it said belonged to the Islamist movement. Two people were killed and at least 15 others were wounded in the airstrike, according to a Gaza Strip official.

The Israeli military said its aircraft targeted four facilities belonging to Hamas, including "two weapons manufacturing sites, a weapons warehouse and a military compound," according to Reuters.

Israeli jets already conducted a number of airstrikes in Gaza on Friday, leaving at least 25 people injured, including six children.

The airstrikes were carried out in response to rocket attacks during the day, which were intercepted by the Iron Dome missile shield. No casualties from the rocket attacks have been reported. 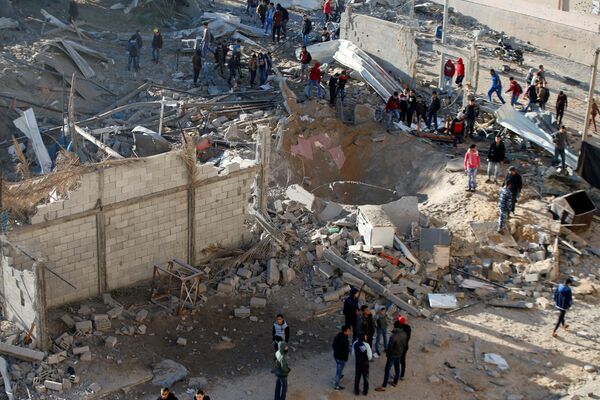 Palestinians gather around a militant target that was hit in an Israeli airstrike in the northern Gaza Strip December 9, 2017
© REUTERS / Mohammed Salem

According to the Jerusalem Post, the al-Nasser Salah al-Deen Brigades, a Palestinian militant organization, claimed responsibility for the attacks. 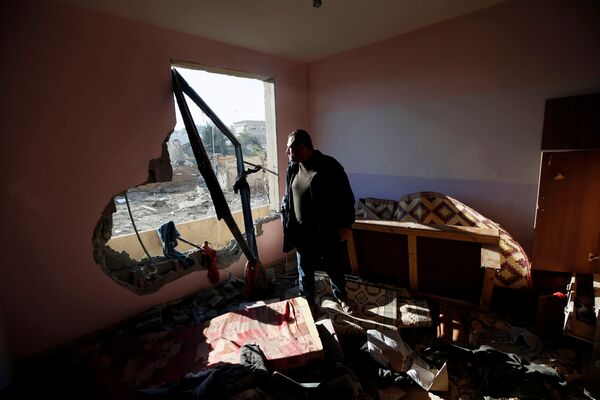 A Palestinian man looks out of his apartment that was damaged in an Israeli airstrike at a nearby militant target in the northern Gaza Strip December 9, 2017
© REUTERS / Mohammed Salem

Tensions between Israeli and Palestinians have escalated after US President Donald Trump recognized Jerusalem as the capital of the Israeli state earlier this week.

On Friday, clashes broke out between Israeli forces and Palestinians protesting Trump’s Jerusalem decision. In reaction to the announcement, Palestinians staged rallies across the West Bank, Jerusalem and Gaza.

Two Palestinians were reported killed with some 760 more injured during the "day of rage" protests on Friday, health officials in Gaza told Sputnik.