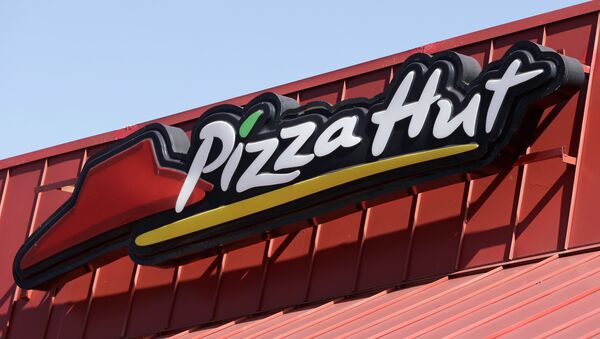 Written, all caps, and in red and black ink, Weinstein found himself before a sign that read, "We don't deliver to northwest (D-4) after 7 p.m., but any order taken before 7 p.m. must be delivered."

​Perhaps it's no coincidence that the ink chosen was red, of all colors: alongside the display is a map, which, incidentally, boldly outlines a predominantly African-American neighborhood with red lines.

"You can't tell in the photo, but Pizza Hut's redlined neighborhood is literally centered on Ft. Lauderdale's African American Research Library and Cultural Center," Weinstein wrote in a tweet.

Red lines or "redlining" around African-American neighborhoods on maps once demarcated districts in which banks would refuse to invest or to evaluate property values at any reasonably high rate, a discriminatory practice during the days of Jim Crow racism that denied equal access to services to people living in those areas.

However, when asked about the delivery policy by the Times, the restaurant manager simply wrote it off as a corporate policy.

But the cordoning off of certain neighborhood isn't exactly a new practice for the pizza-loving company. Going as far back as 2002, Pizza Hut faced getting its license revoked in Tarpon Springs, Florida, for its decision to not deliver to certain neighborhoods after the sun had set.

Though the company has yet to respond to the recent display, it has in the past claimed that the policy is intended to protect worker safety.