US Global Decline Will Be ‘Abrupt’ as China Surges - Historian 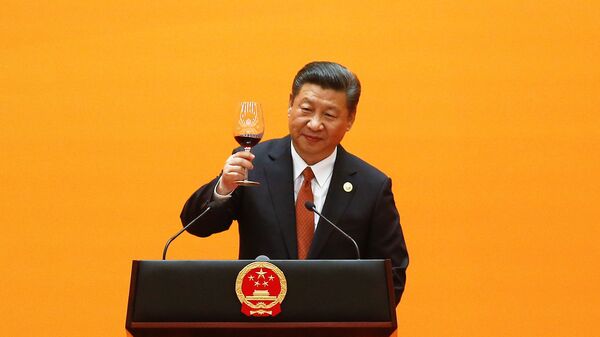 Author Alfred McCoy argues in his new book, “In the Shadows of the American Century: The Rise and Decline of US Global Power,” that not only is the US’ status a superpower bound to be eclipsed by China, but also that America’s downfall will “be more abrupt than we imagine.”

Speaking with Sputnik Radio's Loud & Clear radio program on Thursday, McCoy said that empires seem "indomitable" while at the height of their power. "And yet empires by their very nature, because they operate far beyond their natural boundaries, are incredibly fragile."

​"Like many fragile ecosystems, once the change, the decline sets in, you get an unpredictable cascade effect. They collapse with an extraordinarily, unholy speed… Once empires start unraveling, it happens very quickly," McCoy said.

Two factors drive the decline of the US, according to McCoy. First, since the end of World War II, US gross domestic product as a share of global GDP has continued to fall as Asian economies like China, Japan and India have surged. Secondly, China's pool of $4 trillion generated in hard currency since joining the World Trade Organization in late 2001 is being invested "to realize the vision of turning Asia, Africa and Europe — seemingly three separate continents — into a unified land mass through its One Belt, One Road strategy."

While the US pursued the development of NATO following World War II to shore up its presence on the eastern axial of the Eurasian land mass and developed bilateral ties with Japan, Australia, South Korea and the Philippines to develop a presence on the western axial, the One Belt, One Road project will basically upend this development, according to McCoy.

The latest Chinese Community Party national congress wrote into China's constitution that Beijing will be "following the principle of achieving shared growth through discussion and collaboration, and pursuing the Belt and Road Initiative."

During the national congress, held in October, Chinese President Xi Jinping announced plans to modernize the People's Liberation Army by 2035 and complete its transformation into a world-class fighting force by 2050.