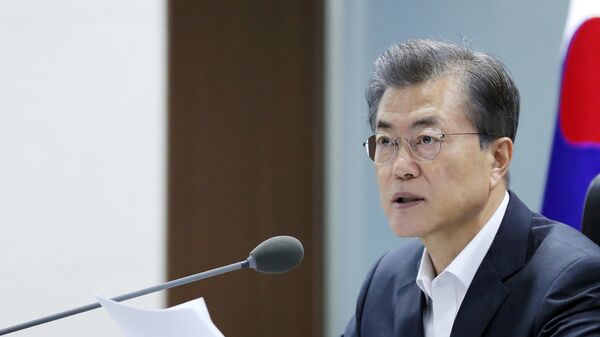 Seoul fears that in the event of a new war, South Korea's armed forces will not be able to exert an independent influence on the situation.

According to the media outlet, about 150 military commanders took part in the meeting, which is the second such event since Moon assumed office in May.

Moon Jae-in stressed the need to "push the DPRK to stop provocative actions using nuclear and missile technologies and move to a dialogue on denuclearization."

The head of South Korea also said that "the goal of reforming the defense system is to create a powerful army."

In late November, North Korea conducted a new ballistic missile launch. The missile flew 950 kilometers (590 miles) and reached an altitude of 4,475 kilometers. The flight lasted for 53 minutes, after which the missile fell into the Sea of Japan. DPRK later announced that this was an intercontinental ballistic missile Hwasong-15, capable of reaching targets in the United States.

North Korea has been conducting its missile and nuclear tests in violation of UN Security Council resolutions.