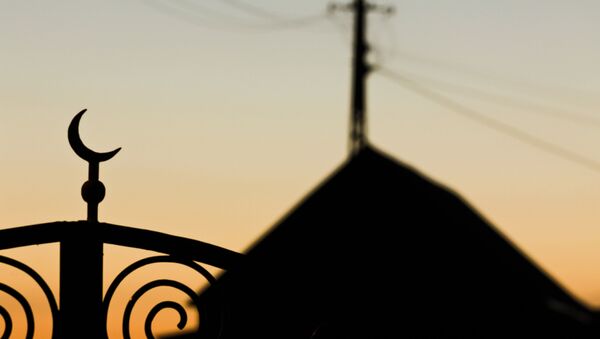 A man who vandalized a mosque in Central Florida two years ago has finally been given his sentence for his crime – and it is brutal.

A man named Michael Wolfe (ironically, the namesake of an unrelated American author and lecturer on Islam) has been sentenced to 15 years in prison for vandalizing and desecrating a mosque in Titusville, Florida.

Drunk Men Throw Bacon at UK Muslims Before Evening Prayer
Two years ago, on New Year's Eve 2015, Wolfe entered the religious building, pulled out a machete and started smashing windows, lights and furniture, even taking out a security camera. The man also left a behind slab of bacon — a product which is forbidden in Islam, along with all pork and other haram foods. It was the bacon that led the court to classify the attack as a hate crime, which increased the sentence.

Florida man Michael Wolfe sentenced to 15 YEARS in prison after he was caught on camera… https://t.co/vX3B6QEzG5 pic.twitter.com/Gg6aT7QK6l

​In February 2016, WESH reported that Wolfe could face life in prison. However, the court decided 15 years would be appropriate.

Wolfe's attack mimicked another very similar attack that had happened the same month, when a man named Joshua Killets vandalized a mosque in North Palm Beach, Florida, using tire iron December 8. According to a Sun Sentinel report, Killets broke into the mosque in the middle of the night, smashed about a dozen windows and overturned the furniture, inflicting damage of about $1,000.

Killets was sentenced to four years in prison, according to September 2016 Fox News report. His case was also classified as hate crime, Sun Sentinel Reports.