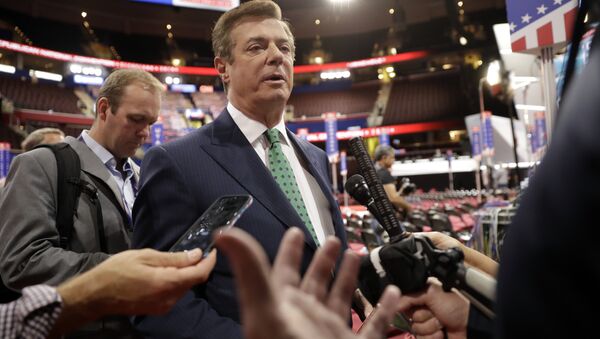 The documents released on Friday, the FBI has filed at least 15 search warrants to seize 400,000 items of information such as emails, bank and tax records from Manafort's accounts in tax shelters such as Cyprus and Saint Vincent and the Grenadines. That includes 116,000 financial records, vendor receipts and documents from Manafort's accountant. This information came from a whopping 36 devices, including laptops, phones, and thumb drives.

The sheer volume of the seized data has led prosecutors to create an internal classification system. "Given the volume of discovery in this case, the government also produced to defendants [2000] documents that it identified as 'hot,'" an anonymous member of the team told Politico.

Lawyer: Manafort's Ukrainian Op-Ed Does Not Violate US Court Order

The new filing also mentioned that some seized material was "privileged" or "irrelevant" to the accusations of money laundering and failing to register as foreign agents that have been levied against Manafort and his business partner and lieutenant, Rick Gates.

Both Manafort and Gates were indicted in October on a bevy of criminal charges related to their work as lobbyists in Ukraine for former Ukrainian President Viktor Yanukovych and his Party of Regions. After Yanukovych was deposed in 2014 on charges of corruption, Manafort came under FBI investigation.

Besides the privileged and irrelevant documents, the prosecutors will provide Manafort's and Gates' defense teams with copies of all that they've seized during a status update scheduled for Monday, as per protocol.

Both men were indicted as part of the investigation of Justice Department Special Counsel Robert Mueller, who has been tasked with investigating alleged ties between Trump campaign officials and Russian actors.

However, none of the crimes Manafort or Gates stand accused of have any direct connection to his work as Donald Trump's campaign chair. Manafort, Trump, and Moscow have all denied any and all allegations of collusion.

As of Friday, no trial date has been set for either man by US District Court Judge Amy Berman Jackson. Both parties have pressed in the past for an April trial date.