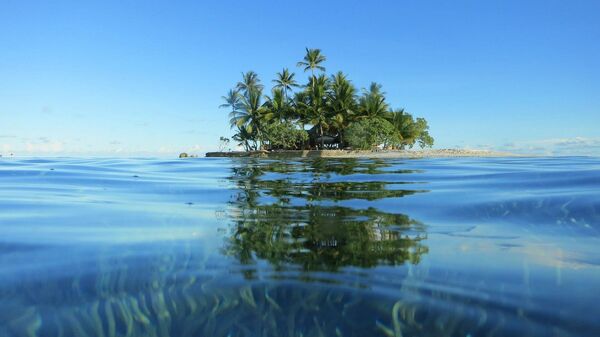 Amid negotiations on next year's finances, the Danish People's Party has proposed shipping rejected asylum seekers pending deportation to one of the Nordic nation's uninhabited islands. Oddly enough, Integration Minister Inger Støjberg was not at all dismissive.

The Danish People's Party (DF), a minor party allied with Denmark's right-wing government, has proposed that persons denied asylum and awaiting expulsion should be placed on one of the country's several hundred uninhabited islands.

Denmark's Minister for Immigration and Integration, Inger Støjberg, said she could imagine the proposal becoming a reality, the newspaper Berlingske reported.

Støjberg admitted that she was always willing to look into various ideas on how to best see to it that people denied asylum are later duly expelled. By her own admission, Støjberg pledged to take a closer look at the allied party's proposal.

Danish Party Pushes for Barbed Wire Against Migrants, Gets Compared to KKK
However, Støjberg admitted being critical of some of the practical difficulties that implementing the proposal entailed. According to Støjberg, the expulsion process usually doesn't take long to be executed. Relocation to an island could only prolong the process in an unnecessary way, she argued.

Another problem, according to Støjberg, is that accommodating asylum-seekers on islands could be quite expensive. Lastly, Støjberg pointed out possible problems with the international human rights convention, if the proposal were to be implemented in earnest.

The DF, however, stands firmly by its proposal.

"In Denmark, we have around 300 uninhabited islands. If Inger Støjberg is really open to our suggestion, she could ask her civil servants to investigate how it could be done," DF immigration spokesman Martin Henriksen said.

According to Henriksen, it would not necessarily be expensive.

"Maybe we can find an island with some buildings on it already. If not, the [deportation center] could be made up of anything, such as residential containers or tents," Henriksen said.

Left Winces at Danish Integration Minister's Cake Celebrating Migrant Controls
At the beginning of September, there were 921 people in Denmark who had their asylum applications denied and were waiting for expulsion. In about half of the cases, the expulsion decision was deemed impossible to carry out.

Many of the would-be deportees currently reside at Kærshovedgård, a deportation center near Ikast that was formerly a prison. Locals have complained about inmates' shoplifting habits and a general feeling of insecurity caused by their proximity.

In 2016, Denmark expelled almost 4,300 failed asylum seekers amid news that the number of crimes committed by foreigners had more than doubled since 2009.

Støjberg, who is known for her hardline stance on immigration, got in a pickle earlier this autumn, when she was accosted by an angry mob while visiting a deportation center and had to be evacuated.