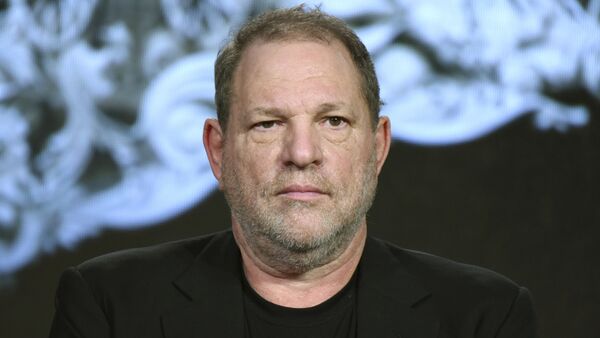 ​"The Weinstein Sexual Enterprise had many participants, grew over time as the obfuscation of Weinstein's conduct became more difficult to conceal," the suit says.

The class-action lawsuit was filed in a US District Court in New York to represent "dozens, if not hundreds" of women who have accused Weinstein of sexually assaulting them.

"A class action lawsuit usually involves a number of individuals who are claiming they experienced the same harm arising out of one particular incident or a pattern of incidents by a particular individual or group of individuals. You know, we've seen it in protest cases where hundreds of people have been unlawfully arrested and this is, I think, a clever use of the RICO statute," Boghosian explained to hosts Brian Becker and John Kiriakou, referring to the Racketeer Influenced and Corrupt Organizations Law, which facilitates the prosecution and defense of individuals engaged in organized crime.

"As more information comes out, it seems to me a network of individuals [were] involved in covering up the unlawful acts of sexual harassment or even rape," Boghosian adds.

The lawsuit filed against Weinstein names his brother, Bob, The Weinstein Company, the publisher of the National Enquirer, and several other firms as part of the sexual enterprise.

According to Boghosian, the plaintiffs in this case, among them actresses Louisette Geiss, Katherine Kendall, Zoe Brock, Sarah Ann Thomas, Melissa Sagemiller and Nanette Klatt, decided to implement the RICO strategy because it could bring a more serious and complex set of charges against Weinstein.

"It has this almost dramatic feel…. I think the extent of the emotional and physical damage [to]countless of women who are involved makes it a very shady proposition and the fact that some people knew about it but covered it up brings this case into a very different realm. The patterns of abuse were enabled and covered by others. It makes it a far more serious offense," Boghosian explained.

A joint statement released by the women recently reads, "Today we stand together, united in one cause, to stop systemic sexual abuse in the workplace and the silencing of victims with nondisclosure agreements and threats to their careers and well-being. We have watched with horror, amazement, pride and gratitude in the last two months as women and men the world over have come forward and named their abusers," ABC News reported.

"We stand with all those brave people who have had the courage and temerity to shine a spotlight into the darkness. Predators thrive in the shadows. It is only by keeping their secrets for them that we allow them to get away with it. That stops today."

Weinstein, who has denied some but not all of the sexual allegations against him, is currently being investigated by police around the world, including in Los Angeles, Beverly Hills, New York and London.