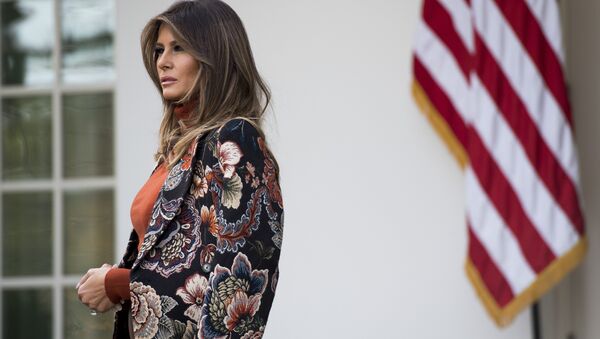 Twitter users were surprised on Thursday when the FLOTUS posted to commemorate the bombing of Pearl Harbor, only to confuse a major detail; whether a result of ignorance or just a typo, the tweet has garnered considerable attention.

First Lady Melania Trump has been left red-faced, after her Twitter account tweeted a commemoration of Pearl Harbor with the wrong date.

Melania made the post on Thursday, a date which marks 76 years since Japan attacked Pearl Harbor and led the US to join the Second World War.

The post contained the date 11/7/1941, but the correct date is 12/7/1941. Twitter users were quick to spot the error – even though the post was speedily deleted and replaced with the correct date.

Today we honor Pearl Harbor Heroes. 12/7/1941
Thank you to all military for your courage and sacrifice! pic.twitter.com/fuxvoaXAno

Yeah sure. We're all going to forget you tweeted the wrong date. pic.twitter.com/TuLrB55lzN

​​However, other social media users were supportive of Melania, arguing that it was probably just a typo.

Speak for yourself. Do you or have you served? If not, move along and don't speak for us Soldiers; we can speak for ourselves for the love of our country and the respect for our Commander in Chief @realDonaldTrump.

And we won't forgot the hatred from people like you that can't forgive a typo. Petty…grow up

​Melania's husband, President Donald Trump, also tweeted to honor those who died at Pearl Harbor. However, his tweet also received some criticism.

National Pearl Harbor Remembrance Day — “A day that will live in infamy!” December 7, 1941

Not to be a nag, but FDR called December 7, 1941 "a date which will live in infamy." You should probably know that.

​Trump referred to a remark by Franklin Delano Roosevelt during his famous address to a Joint Session of US Congress in the wake of the Japanese strike on Pearl Harbor, which killed 2,335 military personnel and 68 civilians.

​Roosevelt called the Pearl Harbor attack, "a date which will live in infamy." Within an hour of the speech, Congress had passed a declaration of war on Japan.