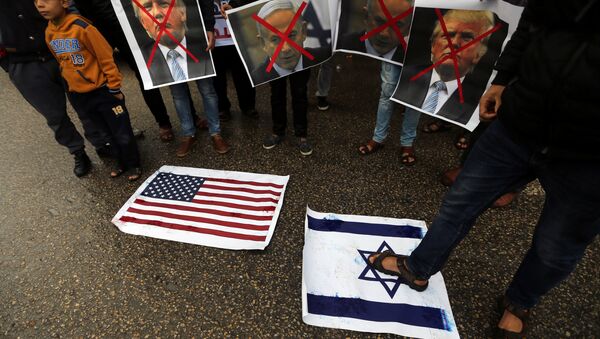 The expected announcement by US President Donald Trump to move the US embassy from Tel Aviv to Jerusalem could well be the easiest part of the entire exercise - Dr. Julian Richards, of the Center for Security and Intelligence Studies at the University of Buckingham, told Sputnik that the building could become a "magnet" for terrorist attacks.

While it is a move that may impact decades of diplomacy and potentially trigger unrest in the Middle East, the relocation of the US embassy to Jerusalem is expected to be a year-long process of switching operations away from Tel Aviv.

Today Donald Trump said he intends to move the US Embassy in Israel to Jerusalem, despite a clear warning from the State Dept’s security arm that this would almost definitely lead to violent protests at US embassies & consulates, and endanger American diplomats across the world.

​In remarks to be delivered from the White House on December 6, the US president will say his decision is based on ancient history and current political realities. Many Israeli government offices are in Jerusalem — although no other country has its embassy there.

Trump may not however be aware of the enormity of the job ahead, or indeed, the practicalities in building what will have to be the most secure and protected embassies in the world. 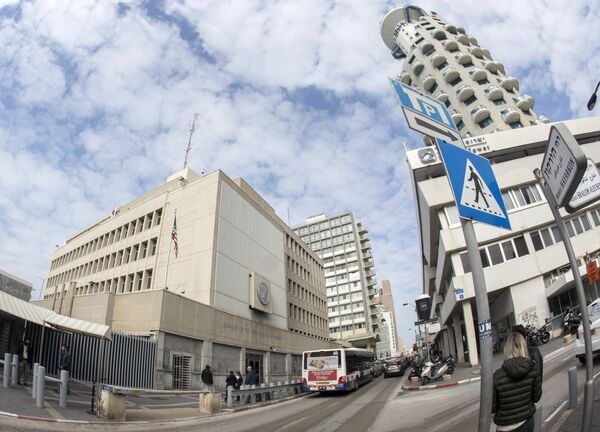 A picture taken on December 28, 2016 shows the US Embassy building in the Israeli coastal city of Tel Aviv.
© AFP 2022 / Jack Guez

Officials from the state department will start the process of planning and building, while construction of a modern embassy anywhere in the world would normally take three or four years at least, and Jerusalem will be no exception, a former British government intelligence and security adviser told Sputnik.

Dr. Julian Richards, of the Center for Security and Intelligence Studies at the University of Buckingham, voiced his surprise over the move, describing it as a "curious decision."

"Aside from the new embassy being a physical and spiritual magnet for terrorist attacks, it will cost a huge amount of money to build in a secure way," he told Sputnik.

"The second problem is embassies are not supposed to be fortresses excluding people, but local points of contact in which the visiting state can become immersed and connected with the host country. There has been a gradual move away from this traditional idea of diplomacy towards one where embassies are disconnected and massively fortified bunkers.

"I can't see how a US Embassy in Jerusalem can be anything else at this time, and I wouldn't want to be among the personnel chosen to work there," Dr. Richards added.

Shifting Escalation to Another Level: Trump to Relocate US Embassy in Israel
​The United States sparked controversy after spending $1 billion creating a new embassy in London on a former industrial site south of the River Thames — a project started in 2008. The building is expected to be formally opened by Mr. Trump in 2018.

It took the decision after its 1950s-era building in central London was deemed too small, outdated and hard to defend from security threats. The new structure in Nine Elms sits 100 feet from the street, and features an anti-ram barrier and bomb-proof exterior to prevent potential attacks.

#Trump to decide soon whether to recognize #Jerusalem as capitol of #Israel and/or to move the US Embassy. In either case he’s playing w/ fire for domestic politics. There will be consequences in the Arab & Muslim worlds. Don’t play politics w/ the Holy City. #handsoffJerusalem pic.twitter.com/ctmVC6bL11