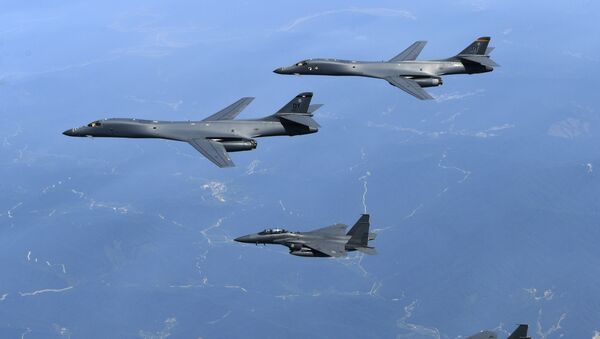 The United States and South Korea are holding large-scale drills which come amid simmering tensions over Pyongyang's nuclear ambitions.

South Korea's Yonhap News Agency cited sources within the country's military as saying that a US B-1B bomber has flown over the Korean Peninsula as part of massive US-South Korean war games.

Apart from the B-1B, two US F-22 Raptor stealth fighter jets took part in a bombing drill that has already been condemned by Pyongyang as an event that is allegedly pushing the Korean Peninsula to "the brink of nuclear war."

The five-day drills, which kicked off on Monday, will involve 230 aircraft and about 12,000 US military personnel.

They come a week after North Korea launched what it touted as its most sophisticated intercontinental ballistic missile (ICBM). 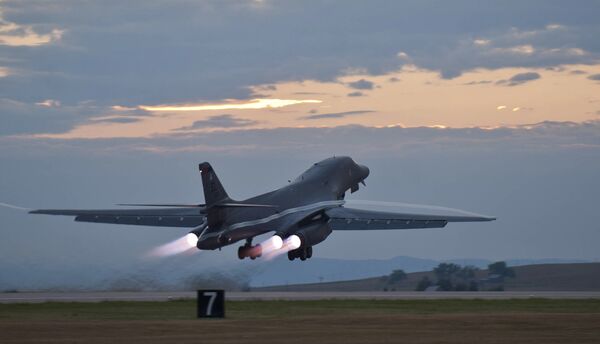 Commenting on the test, Pyongyang claimed that it has completed its "nuclear force" with the development of the Hwasong-15 ICBM, which is reportedly capable of covering 13,000 kilometers (8,077 miles).

According to the South Korean Defense Ministry, the ICBM can reach Washington DC or any other area of the continental US.