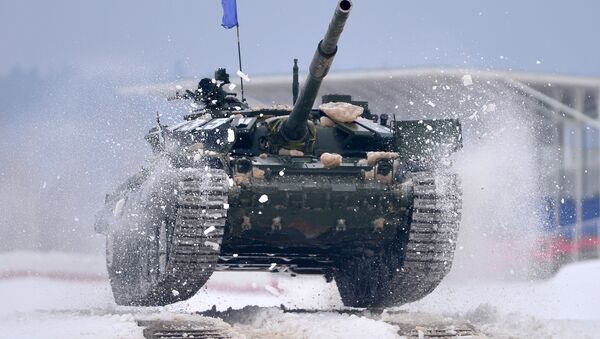 The Serbian army will receive some 30 modernized Russian T-72 tanks next year. A Serbian military observer told Sputnik Serbia what the modern armor means for the Balkan country's defense capabilities.

Serbia Received All Six Russian MiG-29 Fighter Jets as Part of Military Aid
As a result of the deal, Serbia will receive modernized MBTs fitted with reactive armor, a first for the country's armed forces.

Speaking to Sputnik Serbia about the implications of the deal, military observer and Fonet news agency journalist Davor Lukac emphasized that when used correctly, tanks can have a crucial battlefield role in the Balkan environment. In this regard, the injection of modernized Russian T-72s can have a major impact on the Serbian armed forces' fighting potential.

Even in 1999, Lukac recalled, Serbian tanks turned out to be a difficult target for their NATO adversaries in the Balkan country's geography. "The first shock for NATO during its bombing campaign was that the entire Yugoslav 252nd armored brigade managed to move from Kraljevo to Kosovo, completely unnoticed, during a period when the alliance had complete air superiority," the journalist noted.

"I was present when our armed forces left Kosovo," the journalist recalled, referring to the June 9, 1999, Kumanovo Agreement, which called for the cessation of the bombing of Yugoslavia in exchange for the withdrawal of Yugoslav forces from the country's southern province. "Foreign journalists were shocked, because they had believed the information coming from NATO headquarters that claimed that the alliance destroyed all of Serbia's armor. Instead, what they saw were endless columns of Yugoslav tanks and armored personnel carriers," moving from Kosovo to Kursumlija, a municipality to the north of the province. 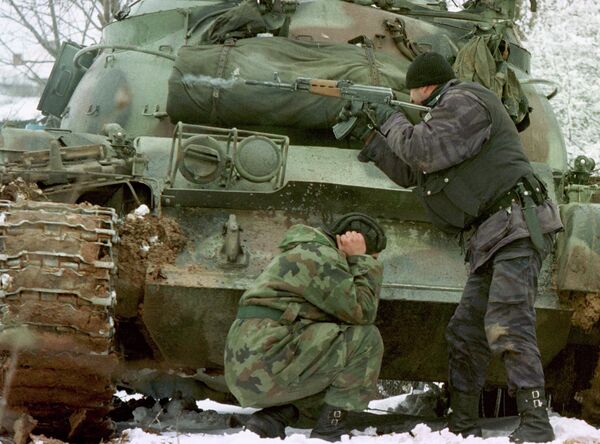 Lukac stressed that even the US deployment of its deadly A-10 Thunderbolt II 'tank killer' ground attack bombers against Yugoslav forces did not help. By the end of its 78-day campaign, NATO managed to find and destroy just Yugoslav 13 tanks.

18 years have passed since the war. Yugoslavia dissolved 2003, and the union state of Serbia and Montenegro broke up in 2006. Since then, the Serbian Army has made an effort to reorganize, retiring its park of obsolete Soviet T-55 main battle tanks. The army's tank park now consists of about 220 M-84 tanks, a modernized Yugoslav variant of the Soviet T-72M, as well as a number of Soviet T-72s, which are held in reserve. 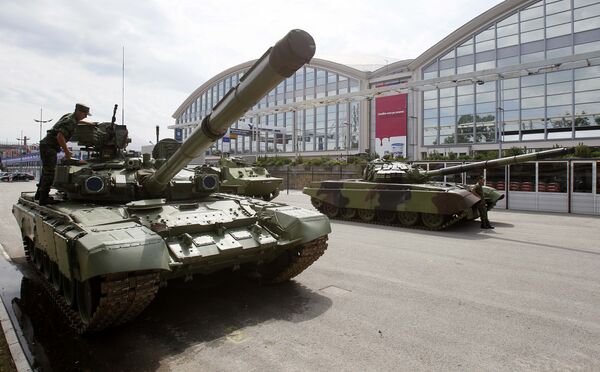 "In the present circumstances," Lukac noted, "the 30 Russian T-72s will prove very useful, especially considering the fact that we're talking about a modernized version of the tank equipped with dynamic protection. This will help our experts further improve the Yugoslav M-84."

"The Serbian tankers getting the gifted T-72s will not need any special additional training, because the Yugoslav M-84 was a licensed version of the Soviet T-72M1. In addition, our guys have already had the opportunity to become acquainted with the Russian tanks during the 'Tank Biathalon' competitions [in Russia]," the observer added.

The principle behind reactive armor involves activating an enemy projectile before it impacts the tank's armor, thereby dispersing its energy and heat so as to prevent its deadly force from reaching the crew inside the tank. Lukac recalled that the first use of pseudo-reactive armor in the Balkans was during the Croatian War of Independence of 1991-1995, during which the self-proclaimed Republic of Serbian Krajina used rubber conveyor belts taken from coal mines, attaching them to tanks in an effort to reduce the force of enemy rounds or deflect the rounds completely.

WATCH: One of Russia's Most Advanced Tanks Demonstrates Its Power (VIDEO)
Modern reactive armor uses explosive-laden cubes which, when blown up, blunt enemy rounds, thus preventing them from piercing the tank armor. Russia's other, more advanced tank protection measures include electronic-optical active protection, known as the Shtora system, as well as the radar-based Arena system.

The main question now, according to Lukac, is where to field and store the new machines. During the 1999 bombings, NATO destroyed much of Serbia's vehicle storage capacity, forcing much of its armor to be stored literally out in the open. In any case, the observer stressed that the armed forces must now work to ensure that the modernized Russian tanks are given with the storage facilities they deserve.

Ultimately, Sputnik Serbia stressed that "one of the most famous Russian weapons, coming to Serbia soon, will have a more powerful engine and better electronic equipment. The upgraded T-72 has proven its capabilities on the battlefield, and in Syria proven to be unbreakable." Combined with Serbia's past successes in the use of tanks against a significantly more powerful opponent, the Russian armor could prove a much-needed injection of strength to defend the country in a difficult and often treacherous neighborhood.