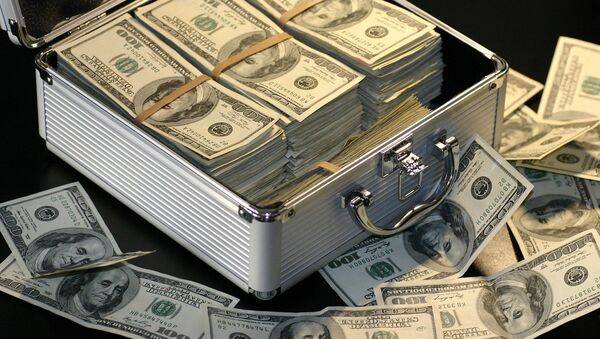 CC0 / /
Subscribe
Reports that US lawmakers used well over $100,000 in taxpayer funds to settle their sexual harassment cases has Congress members running to create new legislation that would ban the misuse of funds for such cases.

Some of the lawmakers that were aided by taxpayers include Representatives John Conyers, Jr., Blake Farenthold, and former representative Eric Massa, The Hill reported.

But Massa topped both politicians after paying off nearly $100,000 to settle allegations made by at least two aides, ABC News reported.

'Cocky Bastard': Second Woman Accuses David Blaine of Sexual Harassment
Though legislation was first brought to the forefront in the US House of Representatives in November by Rep. Jackie Speier to require lawmakers accused of sexual misconduct to reimburse taxpayers, the initiative got another burst of energy this week after Rep. Ron DeSantis introduced a bill fully prohibiting officials from even using taxpayers funds as an option, The Hill reported.

"We haven't even really whipped the bill that hard yet," DeSantis told the outlet Friday. "There's just a lot of momentum for action."

While Speier's legislation would also have the Office of Compliance publish the name of officials involved in settlements, DeSantis' bill calls for non-disclosure agreements not to be a condition of settlements and to require politicians and staff members who've been accused in the past to reimburse the Treasury Department — with interest.

Not too surprisingly, both officials have admitted to getting some pushback from their initiatives, with many complaining that lawmakers and staff simply wouldn't be able to afford the payback.

Speier's response? "Don't engage in that kind of" behavior, the California official told the publication.

As for DeSantis, he believes that the majority of the wrongdoers are more than likely higher-ups and not lower level staffers.

"I would say that if we unveil these claims, I think you'll find that some of the offenders are not some legislative correspondent," DeSantis said. "It's going to be mostly chiefs of staff, and people who have authority."

"I mean, that's why they're doing this," he added.

DC Journalist Who Pushed Dodgy Dossier Investigated for Sexual Harassment
And yet, while both officials are trying to get a better handle on the matter, Sheryl Sandberg, the chief operating officer of Facebook, says a backlash to women could be in the works.

Rather than trying to place a band-aid on the issue, Sandberg suggests companies should instead arrange training sessions on proper work behavior and establish a process that will take all claims seriously and be able to respond to allegations quickly and decisively.

Since the whirlwind of allegations began to trickle into the spotlight, both the House of Representatives and the Senate have launched resolutions that so far require politicians and staff members to participate in sexual harassment awareness training.

000000
Popular comments
Although there are sure to be legitimate clams of sexual misconduct, the vast majority of such clams by women are a manipulation to gain monetarily.