UN Voices Alarm Over Up to 40% Rise of HIV Cases in Egypt, Mostly Among Youth 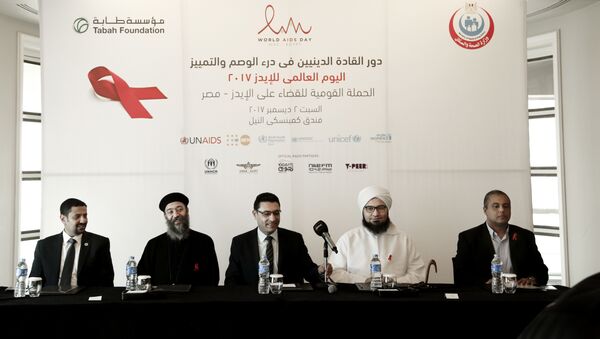 © AP Photo / Nariman El-Mofty
Subscribe
The UN has revealed this unsettling problem in Egypt, which faces a tremendous rise of HIV cases while being hampered by the social stigma over homosexuality.

The UN has raised the alarm over the spread of HIV in Egypt which has increased by up to 40 percent a year, saying that the virus affects young and adolescent people more than any other age group.

"There is a 25-30 percent increase in incidents every year… It's is alarming to us because the growth of the epidemic and the discontinuation of interest from donors in funding," the representative of the UN AIDS agency Ahmed Khamis in the country said, as cited by the Associated Press news agency.

According to UN officials, HIV patients in Egypt are usually charged with fabricated accusations and ostracized by society, as the disease is associated with homosexuality, not legally banned but branded as a lapse against religion and nature in the Muslim-majority country.

The estimates made by different organizations and institutions vary: while UNAIDS claims there are over 11,000 cases, the country's Health Ministry says there are around 7,000, however, all of them agree that the number of new infections continues to rise.

"Most recently, we've been seeing people of a much younger age group infected with the virus. There is a higher risk now for adolescents and youths than in the past," said Khamis.

"We don't have exact numbers, but this is what the evidence we are seeing on the ground is suggesting," he added, explaining that the lack of funds is hampering Egypt's capacity to produce precise figures.

The official has also explained the main obstacles HIV patients face in the country, saying that those requiring surgical help are often unable to access basic healthcare at hospitals because of the associated disgrace.

The HIV virus can spread in several ways, which include sexual contact, both heterosexual and homosexual, as well as blood transfusions and contaminated needles or syringes, also from women to babies during childbearing or breastfeeding. 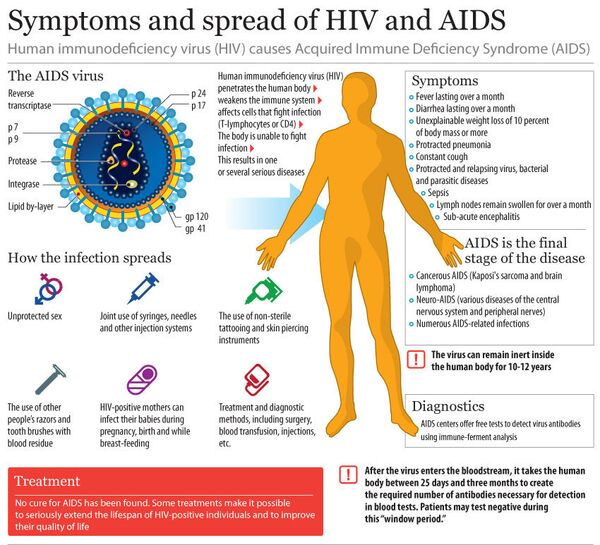