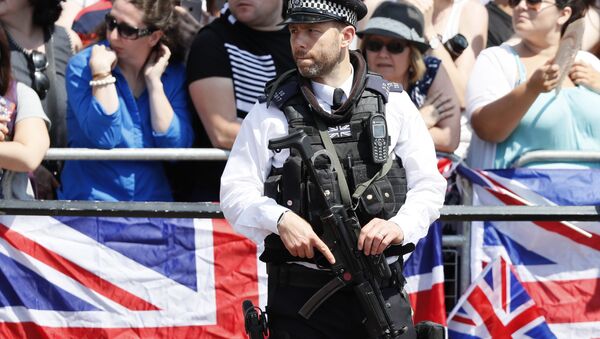 A decade ago, Ian Puddick was an independent businessman whose only brushes with the law involved unpaid parking tickets. Today, he's a tireless campaigner against police corruption and unaccountability - although his efforts have received no mainstream coverage. Speaking exclusively to Sputnik, Mr. Puddick tells all about his experience.

In May 2009, Ian Puddick, a mild-mannered 39-year-old running a small but successful business, had a view of UK police perhaps typical of the majority of the British public — while their ranks might be home to a few bumbling jobsworths, and even the odd corrupt officer, on the whole they were well-intentioned public servants, doing their best to uphold the law.

In November 2017, his perspective couldn't be more different.

"The UK is a police state. The laws that apply to regular citizens don't apply to police. They're immune from prosecution. There's not just a culture of unaccountability in the British police — it is the culture," Mr. Puddick told Sputnik. 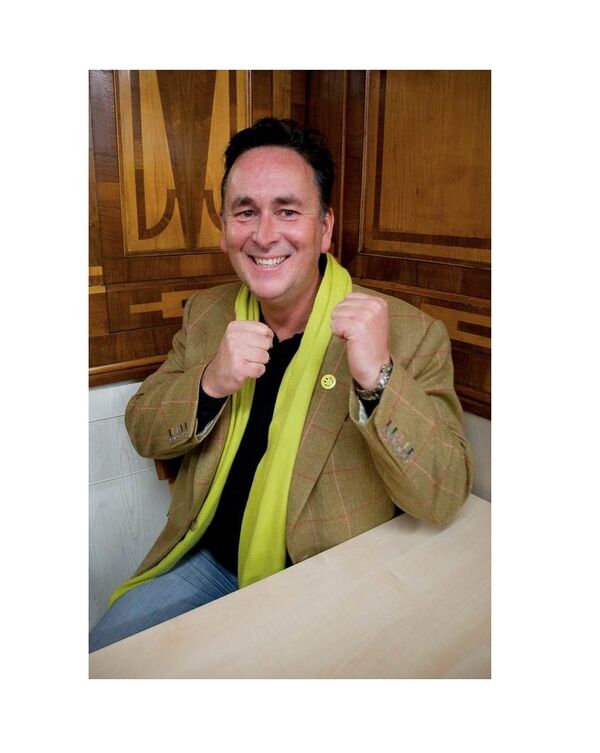 The catalyst for this radical conversion was his discovery of a longstanding extramarital affair between his wife and her boss.

Angered and upset, Mr. Puddick contacted the man's own boss, and asked for his wife to be moved elsewhere within the company, while the couple resolved their differences. He also informed the chief the affair had been partially facilitated by the individual's company expense account.

Had his wife been having secret liaisons with a milkman, that would likely have been the end of the matter — unluckily for Mr. Puddick, her illicit beau was a director of Guy Carpenter — the world's largest reinsurance broker, and a company with a "cozy" relationship with the City of London Police, according to Mr. Puddick.

UK Probe Into Police Corruption Over Historic Sex Allegations Involving MPs
What happened next, Mr. Puddick theorizes, was a product of Guy Carpenter's desperation to protect its public image — and share price — by suppressing the potentially damaging exposure of his wife's boss' misconduct. Internal documents he subsequently obtained showed the firm was keen to demonstrate to him "how much [he] had to lose."

Fast forward to the early morning of August 12, 2009 — Mr. Puddick's home and business premises were raided by a team of armed officers from the City of London Police's Counter-Terrorism Directorate.

While they ransacked the premises, confiscating personal and business computers, phones, GPS devices and digital cameras, a police helicopter inexplicably buzzed overhead. He was subsequently arrested on suspicion of harassment, interviewed by police, and released on bail.

Mr. Puddick's ordeal that day was but the tip of the proverbial iceberg. Over the course of the next two years, he was subjected to a concerted campaign of harassment — including threatening calls, the tapping of his phone, repeated arrests for speaking out about the case, further raids, and being followed.

Police Killing Acquittal Protests: Violence, Arrests, U2 Cancels Concert
In one particularly egregious incident in September 2009, Mr. Puddick answered bail at Snow Hill police station in Smithfield. He was taken to a back room by two officers and, he claims, "brutalized" — subject to aggressive interrogation, bizarre accusations and threats.

This tormentous crusade would endure until June 2011, when Mr. Puddick was found not guilty of breaching Section 2 of the Protection from Harassment Act 1997, at Westminster Magistrates Court.

In each instance however, his complaints were not upheld — officers denied the allegations, or claimed to not remember the incidents, and investigators simply took their word for it. Outright lies told by certain officers in defense of their questionable or illegal actions were also overlooked or even supported by colleagues, according to Mr. Puddick.

On how he became a victim of police misconduct, and how the officers involved got away with it, Mr. Puddick is clear.

"There's a 'blue code' — a tacit wall of silence among police forces, which means otherwise upstanding police officers ignore the misconduct of their colleagues, and don't report mistakes or bad behavior. Most organizations of any kind have a natural tendency towards self-preservation and cover up, and the police are no different," he explained.

The unique place police occupy within society also makes their position ripe for corruption, in Mr. Puddick's view — officers swear an oath to uphold the law, and as a result will "almost always" be believed over a civilian.

Anti-Corruption Activists Arrested by US Police Say Treated Well in Custody
Moreover, as policing is a difficult, dangerous, high-pressure job, in which all officers are in the same boat, the loyalty they feel to their colleagues means they can be willing go to great lengths to protect one another, even if that means covering up disreputable or even criminal behavior, he suggested.

"It's often said it's the odd 'rotten apple' here and there spoiling the barrel, and that's true in more ways than one. There certainly are many upstanding police officers doing things right, but those who know a colleague is up to no good and turn a blind eye…that makes them corrupt in my view, and even worse than the rotten apples," he explained.

Moreover, he believes the IPCC is "the biggest joke going" — being neither independent, nor fit for purpose. Police forces themselves deal with the majority of complaints against officers and staff, with the IPCC merely considering appeals from complainants dissatisfied with the way a police force has dealt with their complaint, although even this responsibility is shared with local police forces, he said.

When Sputnik contacted the IPCC for comment, an automatic email response said the organization's inbox was "only checked intermittently." Nonetheless, a City of London Police spokesperson at the time said "an internal investigation found there was no misconduct," and "there was no action taken."

Mr. Puddick suggests it will take "a few more Andrew Mitchells" before there is the political will to reform the police, a reference to "Plebgate" — a scandal involving the government's former Chief Whip.

In September 2012, police officers guarding 10 Downing Street claimed Mitchell had launched an expletive-laden tirade against them after telling him to dismount from his bicycle and exit Downing Street via the pedestrian gate, rather than the main exit.

The minister was alleged to have said they'd "best learn [their] f***ing place" and were "f***ing plebs."

In December 2012, CCTV footage was released that contradicted the officers' account of the incident — and it was also revealed an email purportedly sent by a member of the public to their MP corroborating the police account was in fact sent by an off-duty police officer, who was not at the scene.

Moreover, a claim by Police Federation officers who met Mitchell that he refused to give his side of events was contradicted by a recording of the meeting made by Mitchell himself, which was subsequently released to the media. The Metropolitan Police investigated these discrepancies, and one officer involved was ultimately convicted of misconduct in public office.

"Plebgate" aside, perhaps the closest the UK government has come to acknowledging the systemic issues within the nation's police forces is Operation Countryman, an official investigation conducted 1978-1982.

Police Bust Drug Dealers Working With Corrupt Cop
The Operation focused on the City of London and Metropolitan Police — investigators faced major obstruction from senior management and lower ranks alike throughout their probe, and much of their evidence could only be gathered by going undercover, as officers within those forces.

Nonetheless, over the course of the investigation, it became clear corruption was not merely limited to a few bad apples within the forces, but in fact "endemic" and "widespread." Among the crimes identified were receipt of bribes from criminals in return for warnings of impending raids or arrests, fabrication of evidence against innocent individuals, and the weakening or jettisoning outright of charges in return for bungs.

Operation Countryman's resultant report remains classified, on the basis its release would not be in the public interest — and no one was ever convicted of wrongdoing as a result of the investigation.

Nonetheless, Mr. Puddick believes there's hope for greater police accountability in the UK — relatively basic amendments to the way the IPCC operates could have a seismic impact.

He bases his view on the experience of John Finucane, a lawyer in Northern Ireland whose father was slain in 1989 by loyalist paramilitaries acting in collusion with MI5 and the Royal Ulster Constabulary.

Campaigning efforts by Finucane and supporters of his father have seen Ulster's IPCC reformed in a number of ways. Most significantly, the organization's activities now have civilian oversight.

"The changes mean members of the public, with no connection to the police force or individual officers, supervise its work. John says the new system is not without problems, but considerably better than it once was. I'd love to see the same structure implemented in mainland Britain — I'd happily be a supervisor. I'd even do it for free!" Mr. Puddick concluded.