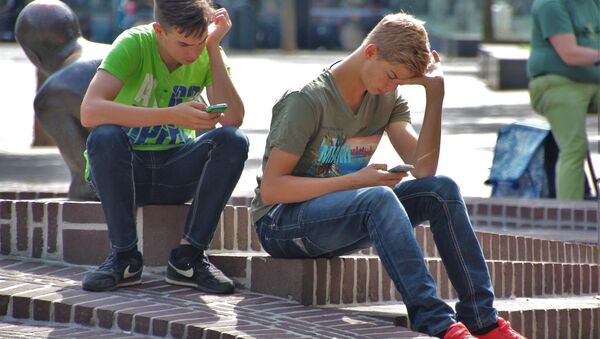 People who are constantly checking their phone, social media or are watching cat and bunny videos may be suffering from serious addiction, a new study suggests.

Smartphone addiction harms mental health especially in teenagers, according to a new research by scientists from the Korean University in Seoul, South Korea.

Dr. Hyung Suk Seo has warned that there's more danger in this addiction than just the potential wastage of time sharing memes and viral videos.

“Teens who are addicted to their phones and the Internet have a chemical imbalance in their brains that predisposes them to depression and anxiety,” Medical News Today reported the hypothesis of the scientist.

Following the MRS exams, the team found that addicted participants, in comparison with the healthy control group, had a higher ratio of GABA to Glx before cognitive behavioral therapy, in the anterior cingulate cortex area of the brain, which is seen in cognition and the regulation of emotions.

Science & Tech
Smartphone Separation Anxiety or 'Nomophobia' Is Very Real, and on the Rise
According to Medical News Today, “GABA is an inhibitory neurotransmitter that interacts with neural synapses, slowing down signaling between brain cells. GABA balances out the effect of Glx, which is an excitatory neurotransmitter that speeds up electric signaling in the brain.”

Dr. Seo explained that the ratios of these neurotransmitters are linked to the severity of smartphone and Internet addiction, as well as with the development of anxiety and depression.

The researcher hypothesizes that “GABA levels in the anterior cingulate cortices of youths with a smartphone or Internet addiction could be associated with damaged cognitive and emotional processing in the brain,” the publication reported.

However, this idea is yet to be confirmed by further clinical studies.

In the meantime, the study highlights the importance of not becoming addicted to technology and living a healthier lifestyle.