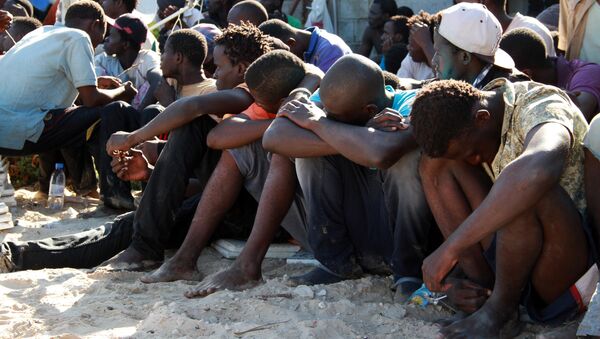 © AFP 2022 / MAHMUD TURKIA
Subscribe
The Nigerian ex-minister has lashed out at the slave owners in post-Gaddafi Libya saying they sell African migrants, who come to Libya, into slavery and "either murder, mutilate, torture or work them to death."